Today we have a smooch from Sue Mackay but first

Can you please contact Clare: clareconnelly (at ) outlook (dot) com to receive your copy of Burn Me Once.


And now for today's Sunday Smooch from Sue Mackay's
Baby Miracle in the ER. 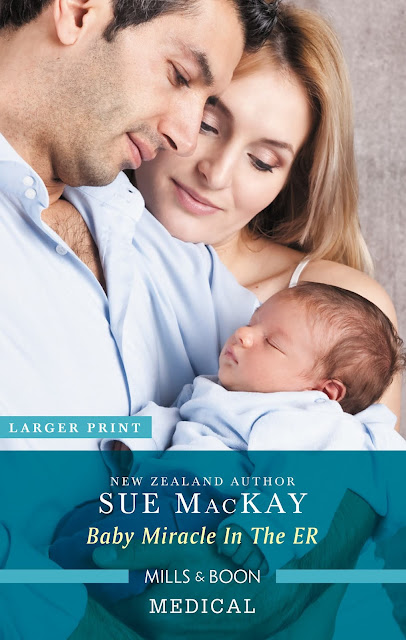 Will love pass them by again?
Or can a baby give them a second chance?
When her ex, sexy doc Michael Laing, revealed he didn't do commitment, it broke paramedic Steph's heart. Two years later she's back in town and thinks she's moved on - until she meets Michael in the ER and their chemistry is as hot as ever! Both are wary of getting burned again, but a little miracle is about to bind them together for ever...

That first kiss ...
They're having a take away meal together at Michael's house discussing Steph's career change from nurse to paramedic.

Stephanie pushed her near empty plate across the counter to the sink. ‘In Queenstown I did a couple of stints on a rescue helicopter when they were short-staffed.’ She sipped her wine. ‘I got a taste for the adventure—the thrill and the scary stuff. And then, while I was in London, an opportunity came up to do three months on the ambulances and I figured I might as well give it a go.’


When the silence spread out too long he coaxed her. ‘There’s more to it, Steph.’


Her eyes widened. ‘Caught!’ Her forefinger drew circles on the countertop. ‘When I decided to return home I didn’t want to slip back into the same groove I was in before I left. I didn’t want to find that after a few months the two years I’d been away were smothered and that despite my experiences away from Auckland nothing had changed. I hadn’t changed.’


That made sense. But what was behind it all? Infertility and a broken marriage would do it. And it had him on the back foot, afraid of hurting her again. Everyone he was close to he hurt eventually. Stephanie had had enough to contend with. It was time for her to have fun and laughter and love—things he couldn’t trust himself to deliver.


During those two intense weeks they’d had together he’d have sworn she was well on the road to recovery. And yet that dreadful sadness knocking her off her toes yesterday showed she still ached over the past.


‘So you’re home for good?’ He didn’t know why, but he needed to know.


She nodded emphatically. ‘Definitely. I loved travelling, and working in different places, but I’m a home body. This is where I know myself.’


His eyes drank in the sight of that body as she sat on a high stool opposite him, her elbows on the counter, her hands holding her glass. Curves, hand-sized breasts, that pert bottom… His groin tightened as her tongue licked her lips. It hadn’t been getting much exercise for a long time.


Honey teased his senses again. Was it her shampoo? What else could it be?


Honey was one of his favourite things—liquid gold on hot toast and melted butter. His mother’s treat when he was little.


His upper body leaned in so Stephanie was close enough for him to feel her heat. Honey. His mouth watered. Then dried as her tongue repeated that licking thing. Did she know she was doing that? How the hell was he supposed to turn away when his groin was thick with need?


His hand was on her upper arm, tugging her gently closer, so her body was lined up against his. His other hand raised her chin so he could dive into those enormous toffee-coloured eyes.


‘Stephanie…’ he whispered, and stood up, bringing her with him.


Her body tightened and she waited, holding her breath. Then, ‘Michael…’


And she sank into him, her sweet mouth accepting his, opening for his exploring tongue. Giving him a kiss like those she’d given him two years ago. Hot, demanding, giving. All Steph.


The air closed in around them, held them in a bubble. The world had reduced to just them. How long they stood there, their bodies locked together, their kiss endless, he did not know. He could have stayed for ever—until kisses weren’t enough.


His hand found hers, grasped it to pull her along to his bedroom. ‘Come with me.’


He was all but begging. Would beg if he had to.


Her fingers laced through his. ‘Michael…’

Have you ever changed careers? Gone for something more exciting?
Come back next week to see if you've won a copy of Baby Miracle in the ER.