Today we have a smooch from Amy Andrews but first ... the winner of last week's Sunday Smooch Giveaway is Franca Poli!

Can you please contact Michelle Douglas on michelle (at) michelle-douglas (dot) com to receive your prize. 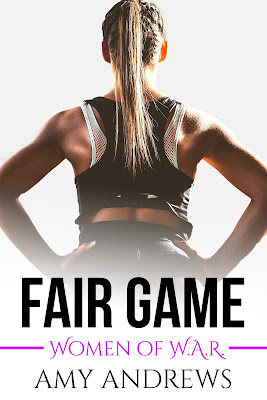 There's nothing I wouldn't do to play for the Brisbane Banshees in the new Women's Aussie Rules league. I think I've proved that given that I'm willing to put up with the coach being my ex, Tony. He may have stomped over my heart, but I've moved on, and I'm focused on my team. I don't need any men in my life–apart from Levi, of course, my roommate, and friend. And my saviour, now that I've corked my thigh in our first game, and need his sports massage skills to get me back on the field. What I feel when Levi touches me … is making things very complicated.

Darcy was always my best friend's girl–Tony's girl. Two years on and she still doesn't know how I've felt all this time. There's no way I'm leaving her in pain when I can fix her injury and get her back to playing the sport she loves. No matter how much touching her makes me want to make her mine at last. Finally, I've got a bit of hope–the last thing we need is Tony suddenly deciding he wants to take Darcy back after all…


Just prior to this kiss, Levi has finally confessed to his secret crush on Darcy and is still confused about how Darcy feels about him with her ex still on the scene.


She took a step towards him. ‘There’s nothing between us, Levi. In fact, I can’t believe I was ever sucked in by him in the first place. I feel nothing for him. Not even anger, anymore. I feel less than nothing.’

The sincerity in her voice rang like sweet, sweet music and he breathed a little easier. But the bigger question was how did she feel about him? Part of him was terrified to ask in case she wanted to keep him firmly in the friend zone but he’d come this far.
His pulse picked up again, chugging hard behind his ribs. ‘And me? How do you feel about me? Because I swear there are times that I catch you looking at me in a way that seems a little ... more than friendly. Like you might be attracted to me, too. And I’m not the only one in this.’
She stared at him for long moments, her cheeks flushed, her eyes as deep and green as a Mediterranean grotto as they locked with his. ‘You’re not.’ She said it so quietly it was almost a whisper. ‘You’re not the only one.’
Levi’s heart chugged to a stop. He could barely breathe. Did that mean what he thought? What he hoped? ‘Please don’t toy with me, Darcy.’
She shook her head as she took a step closer maintaining eye contact. They were close now in a way they’d never been before. Not physically, although she was near enough to smell the sweetness of her shampoo and feel the heat of her body.
The kind of close with potential. That crackled with anticipation. That throbbed with unspoken desires.
‘I have noticed you, as a man, over the last two years. It’s kinda hard not to. As Shayla says, you’re a hottie. The fact you’re not even aware of your sexiness makes you even hotter.’
Levi blinked. Darcy thinking he was a hottie was the kind of thrill he’d thought he’d outgrown in his teens. Darcy telling him he was a hottie with her gaze firmly pinned to his was a serious turn-on.
‘But ... I didn’t think you felt the same and, as you said, we were friends and that’s meant a lot to me. I didn’t want to do anything to upset the status quo either. And then you gave me that foot massage and ... well—’ She dropped her gaze. ‘I’ve been having some seriously indecent thoughts about you ever since.’
Levi swallowed. ‘Christ ... Darcy ...’ He reached for her then, his hands shaking, actually shaking, as they slid onto her bare arms.
Adrenaline. Anticipation.
Five years of denial. Two years of pretence.
‘You’re so beautiful,’ he whispered, the tremble in his voice matching the tremble in his muscles as his arms came around her and she settled into him, rose on her tippy-toes, snaked a hand around his neck.
She gave a husky little laugh. ‘My heart is beating so fast it feels like it’s going to explode.’
Levi tightened his arms around her. ‘Mine too.’
Whenever he’d imagined kissing Darcy for the first time—and he’d imagined it more than was good for his sanity—Levi had pictured something fast and furious.
Quick and dirty. Deep and wet.
He hadn’t been prepared for the preciousness of the moment their lips met. For the desire to just be still, draw out that first butterfly touch of their lips for an eternity.
He hadn’t been prepared for perfection.

Darcy drew in a shaky breath as she pulled away from the press of Levi’s mouth. As far as kisses went, it had been about as chaste as they came. But her entire world had just shifted on its axis. The room spun, the sun dimmed, the planets realigned.
She’d just kissed Levi. Her friend of seven years, Levi.
A hundred different sensations swirled and clashed inside her. She’d known him for seven years and never known he could kiss her and knock the world out of orbit.
Of its own volition, her left hand slid from his neck, finding his mouth, her fingers caressing the softness of his lips. She’d felt those lips in every cell of her body. Hell, those lips had rewritten her DNA. Rewritten it with his own code. So no other man and his kiss would ever do.
‘Wow.’
She never knew a closed-mouth kiss could be so damn ... cataclysmic. The way he was staring at her, looking as nonplussed as she felt, it seemed he might be on the same page.
‘Yeah.’ He smiled and her fingers fell from his mouth. ‘Wow.’
‘Could we do that again?’
‘I think I’ll die if we don’t.’
Their lips met again. Not so still this time. In fact, Darcy’s mouth opened eagerly, needing more of him now. Needing to know what kind of havoc they could create when they let themselves go, feeling the promise of it in her bones, hearing the possibility of it echo in the surge of her blood.
She needed deeper, longer, wetter. She needed tongue. She needed to hear the rasp in his breathing and a groan rumbling up from the back of his throat. And he gave it to her—all of it—his head twisting and turning, branding her mouth, owning it from every possible angle.
His tongue swept into her mouth, thrusting and stroking against hers, dancing and playing, making her pulse beat double-time and her breathing come too fast. Making her moan and clutch at him, making her nipples crazy hard and her inner thighs buzz.
Making her half mad for more.
Her senses filled up with him. With Levi. Her lovely, Levi.
All his usual Saturday morning scents—the taste of coffee on his breath, the aroma of chlorine on his skin and soap powder in his clothes—were so much more intoxicating when his mouth was on hers. Better than anything that could be shoved in a bottle.
Levi. Her heart pounded to the rhythm of his name. How had she not known it would be like this? Why had she closed her mind to the possibilities?
She shifted against him, trying to relieve the tight ache of her nipples and the hot ache between her legs. Trying to dampen her arousal, which was charging way ahead of where they actually were. They were only kissing but it felt like they’d already jumped to third base. 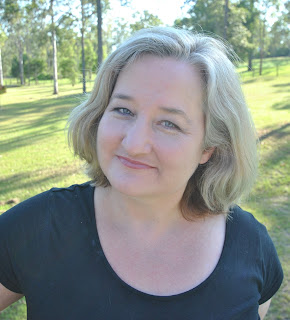 Fair Game is one of a 3 book series set in the new arena of professional female football here in Australia. If you click on the cover it will take you to the Amazon page to all 3 books if you want to check them out.

Smell plays such an important part in attraction. For your chance to win a digital copy of Fair Game tell me the kind of aromas on your partner that really ring your bell.