Today we have a smooch from Amy Andrews but first...... the winner of last week's Sunday Smooch Giveaway is Laurie

Can you please contact kandy (at) kandyshepher (dot) com to receive your prize.


And now for today's Sunday Smooch from Hot Mess....

I'm very exicted to see the release of my first ever amnesia book! Hot Mess releases on the 22 nd of May and is the first book in the 4 book Hot Aussie Knights series. If you like what you read in the smooch you can pre-order the book now by clicking on the cover! 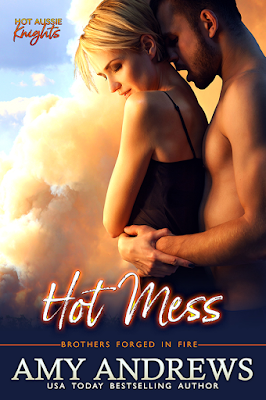 I never thought I'd get a second chance at a first time with you."

Firefighter Logan Knight thinks it's fate when he meets Arabella Tucker again, nine years after their brief, intense relationship ended. Until he realizes that Bella doesn't recognize him and all of their memories together are completely erased from her memory.

Bella may be oblivious to their history but she can’t deny their scorching chemistry and the possibility of a future with the mystery man from her past. Logan wants a future too, but he can’t go there until Bella knows everything they shared. Her parents, though, want to protect her from the emotional cost of old memories and so Logan is reluctantly persuaded to let the past lie.

But when Bella starts to uncover the truth, she is shocked by the revelations. Can she move beyond the hurt of her shared history with Logan and begin their new story?

Logan is walking Bella home to her apartment after their first meeting in nine years. It's only inevitable the chemistry that bubbled between them overflows.....

Their arms brushed and she made no attempt to put space between them. He made no attempt either. Her heart pounded at the contact, her whole body coming alive, buzzing with the promise of something beautiful. And when his hand slipped into hers it seemed like the most natural thing in the world to curl her fingers around his.

“So, you really don’t remember any of this?” he asked, flinging his spare arm out to encompass the cityscape.
Arabella looked around her at the city so obviously embedded into his DNA. She wished she did but the truth was nothing about the streets and buildings were familiar.
“I really don’t.” She kept her response light, as the question had been, despite the knot forming between her shoulder blades. She had to remember that she’d thrown Logan for a loop and he needed time to wrap his head around it. She was four years ahead of him in this process.
She was at acceptance. He was still at denial.
“Not even the alleyways? We made out in a lot of alleyways.”
She laughed and the knot dissolved, her pulse tripping at the thought of them not being able to keep their hands off each other. Lordy. How was it possible to be turned on by something she couldn’t recall? She glanced up to find him grinning. She shook her head at him and he laughed, low and sexy, and damn if that didn’t turn her on too.
A few minutes later, they reached her apartment building, stopping in the middle of the footpath and just staring at each other. Arabella’s heart beat double-time and her breath hitched as a low, slow pulse throbbed to life between her legs.
“I can’t believe it’s you,” Logan said, shaking his head.
A group of guys, laughing and joking and reeking of booze, pushed around them and Logan grabbed her hand and pulled her into the shadows between the outside wall and a row of trees that had been planted to grow up through the footpath.
Arabella settled herself against the wall, her shoulder blades nudging the warm stone of the building. He stepped in closer, his hands landing on her waist, his thighs aligning with hers. She sucked in a breath at the delicious heat transferring from his to hers.
His aroma swirled around her. God, he smelled primal.
Very, very male. With a faint trace of something sweet that might have come from a bottle. Something elusive that made her want to bury her face in his neck to investigate thoroughly.
“Is this how it was?” she asked, her voice tremulous, searching his gaze for the same kind of crazy that had her in its grip. Her pulse tripped madly at her temple and washed through her ears. “Back then. Between us? This... madness? This... compulsion?”
He nodded, his hands tightening on her hips. “Right from the start. You got on that bus in London and I...” He smiled and she could see the memory glowing in his gaze despite the poor light. “I was a goner.”
She shook her head, trying to clear it of the clash of sensations agitating around inside – lust and sex and desire warring with common sense and propriety and a weird feeling of dislocation.
She didn’t know this man. Nothing was familiar about him. Nothing. The attraction was intense – also completely insane - but it was new. She had no doubts about it.
“It’s crazy how much I want to kiss you right now,” she whispered, her hands sliding around his neck of their own volition.
“Then kiss me.”
Arabella didn’t need any more urging, pushing up on her tippy toes, his warm breath fanning across her cheek as her mouth met his. It was hard against hers and the kiss was hot and deep and sure right from the start. The kiss of a man who’d done this with the same woman a thousand times before.
Who knew how she liked to be kissed.
And Arabella liked it very much.
She moaned as his tongue demanded entry. The hot tang of his skin, the bulk of his chest and thighs, the husk of his breath all overwhelmed her senses. She moved restlessly, instinctively, parting her legs to welcome the thick, strong solidity of a thigh pressing hard and urgent just where she needed it. She rubbed against him and his groan echoed through her bones, flooding her body with a tidal wave of lust.
He tasted like beer and he was solid and hot against her and she wanted him to ruck her skirt up and do her against this wall. The heat where his thigh was wedged roared like a wildfire.
“Christ, Bella,” he muttered, breaking off to press his forehead to hers. “I’ve missed you." 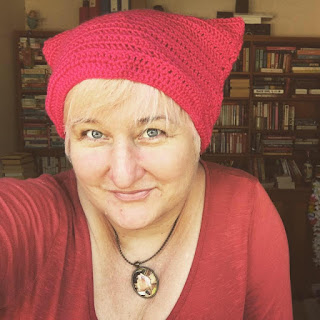