Game on! with Stefanie London 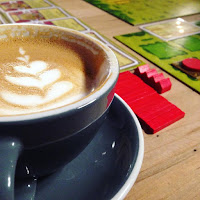 I most definitely grew up as part of the video game generation. I was born in the 80’s, grew up in the 90’s with a computer in the house and had my first video game console at age 12 (it was a Super Nintendo and my first game was Mario World. I’ve had a slight obsession with the Super Mario Bros ever since.)

But I’ve always loved board games and card games. I played them a lot with my younger sister when we were growing up—snakes and ladders, checkers, monopoly, sorry (which I can now only say with a terrible Canadian accent) and so many more.

When my husband and I moved to Canada we went to an awesome board game café called Snakes & Lattes. I love the concept of a board game café – you get to try out new games and see if you like them before you buy all while having a coffee (or an incredible Nutella latte).

Snakes & Lattes totally renewed my love for this fun activity and since then our collection has grown. Here are a few that frequently get played in our house which you may not have heard about: 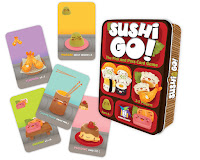 Sushi Go! (card game)
This is a fast-paced card game that involved passing hands of cards around a circle and trying get as many points as possible. It’s played in rounds and takes about 20 minutes to play. It’s great if you don’t want to invest several hours that are required for some other games (*cough Monopoly cough*)

Pandemic (board game)
This is a co-operative board game, which wasn’t something I’d ever tried before. All players work together to beat the game, essentially. In this game you have to stop the spread of diseases around the world and each player has a special ability that helps you do that.

Lords of Waterdeep (board game)
This game is more involved, has a longer play time and takes a little while to learn. But it’s a lot of fun – you spend the game trying to complete quests to gain points all the while trying to block attacks from your opponents. It has a fantasy theme (I believe it’s from the Dungeons and Dragon’s world) and the artwork is amazing. 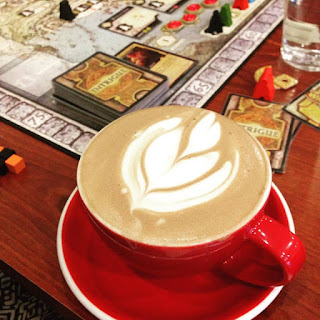 Agricola (board game)
This is an agriculture-themed (hence the name) game where you have a farm that requires crops, livestock and food. You’re in competition with the other players but it’s less about attacking and more about personal strategy. Bonus points for the adorable little wooden animal pieces that come with it.

Exploding Kittens (card game)
Illustrated by the same guy who does The Oatmeal (aka my favourite comics) this game is the most backed Kickstarter project in history. We have the NSFW version (of course) so it’s definitely not everyone’s cup of tea. But it’s so much fun, is very quick to play and the artwork is hilarious. It’s a game of attrition/survival.

There are so many more games I could list here! Honourable mentions go to Settlers of Catan, 5 Crowns, and Forbidden Desert.

Are you a board game fan? What’s your favourite game to play?
Posted by Unknown