We were talking a few weeks ago about book series but I have another kind of series love...

I think I'm the last person on earth to have finally fallen victim to the addiction that is Game of Thrones. When everyone was raving about it and wringing their hands at the last episode of season 5 I was blissfully ignorant of what the heck the problem was. Until... Boxset! 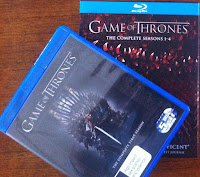 We have a habit in our house of coming late to popular TV series, but when we do eventually succumb we GLOM all the episodes as quickly as we can. It's a huge indulgence, a feast of watching and it's become our norm.

In the past year we've GLOMMED (I love that word!) a few series; House of Cards (US version), Broadchurch, Breaking Bad... and now, of course, GOT which is currently 50 episodes long...Gulp! 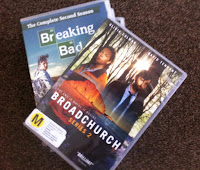 But I love the total immersion and can see why series are popular both in TV form and now, latterly, in book form. It's nice these days not to have to wait until next week for the next episode, although it can mean a few late nights when you stay up for 'just one more episode' (Yeah, we do that a lot).

It also has its down sides- I am totally absorbed in the one thing and am currently feeling just a little anti-social knowing that there's a TV, a soft sofa and 40 more episodes to go!!! I don't want to start watching anything else until I've finished my fix! And, obviously, concentrating on just the one show means I'm missing out on the new ones! 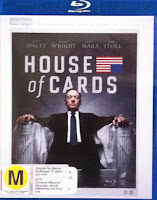 Are you a series addict? What are you watching now? Any recommendations?