Today we have a smooch from Gentlemen Prefer Nerds by Joan Kilby, but first ...

the winner of last week's Sunday Smooch from Nikki Logan's Mr Right at the Wrong Time will be announced next week!  So we'll be giving away two books next Sunday! 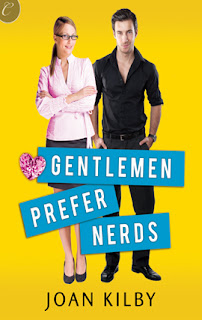 Backcover:
Self-professed nerd Maddie Maloney is an expert on jewels. Jewel thieves are another matter entirely! So when a mysterious Englishman warns her that a thief known as The Chameleon is after the rare pink diamond on display in her aunt’s shop, she tells herself it’s just a joke. Even if she can’t get Mr. Tall, Dark and Handsome out of her mind…

But Fabian Montgomery doesn’t give up easily. He’s everywhere she goes, convinced the thief will strike. And when the diamond does go missing—and Maddie is suspected of stealing it—he whisks her away from the police and together they pursue The Chameleon. Fabian plunges her into a glamorous world far from her humble workshop and transforms geeky Maddie into a sophisticated siren capable of espionage. Her mission: to seduce The Chameleon and steal back the diamond.

But Fabian isn’t telling her everything—like who he works for, and why he’s so interested in The Chameleon…

Setup:
Sexy English aristocrat Fabian has given nerdy gemologist Maddie a make-over--including dyeing her brown hair red--so she can seduce the jewel thief (Roland) and steal back a priceless pink diamond. In this kiss scene Fabian is tutoring the inexperienced Maddie in the art of kissing.


Fabian took her wrists, his thumbs pressing lightly on her pulse points, and slid her arms around his neck. "Make me want you."

Maddie glared at him, struggling to maintain her outrage when his slightest touch was kick-starting her heart rate. He clearly thought he was God's gift to crazy cat ladies. Well, it was time the teacher was taught a lesson.

She wriggled closer, trying to recall the tactics used by the seductress in the subtitled movie she'd seen last month. Preliminaries had involved a lot of wet kisses and ear-nibbling interspersed with the couple occasionally pulling back to lock eyeballs and breathe deeply.

"Don't think about it too much," Fabian said when she hadn't progressed. "Just do what comes naturally."

"If you were a gentleman, as you claim, you wouldn't make me do all the heavy lifting."

"You're supposed to pretend I'm Roland. Roland may be superficially a gentleman but he's not in any way that counts."

"Stop talking, I'm trying to work here." Maddie kissed him behind the ear, adding a tiny lick at the last second. It wasn't hard to feel romantic, what with the soft tropical evening air wafting through their bungalow and the distant crash of the waves on the beach. Not to mention the hard muscles beneath her palms, the warm scent of his skin filling her nostrils, his thighs like steel girders beneath her tush.

"That's nice," Fabian murmured, settling his arms around her waist. "Not too much saliva, it dampens the ardor."

"Will you please be quiet? I'm trying to concentrate." Maddie trailed tiny kisses down his jaw. His skin was smooth shaven but with the rough hint of bristles beneath the surface. He had a new aftershave that smelled of coconut and lime. Delicious.

"A kiss in the angle of the jaw produces more of the desired effect than one on the chin."

"It's hard to seduce someone when you're being evaluated on every little thing." But she moved her lips back to the warmth below his jaw. She could feel his artery pumping beneath her lips.

"That's good." Fabian's voice had taken on a ragged edge. "Now try licking your bottom lip while you look into my eyes."

Maddie held his gaze and very slowly ran the tip of her tongue across her lip. His nostrils flared. In a husky voice she asked, "Is this doing anything for you?"

Fabian cleared his throat and shifted her on his lap. "If I were Roland, yes, I'd be responding to that."

"Good." With both arms raised, she lifted her hair off her neck and arched her back, thrusting forward the firm curving tops of her breasts. It must be the red hair. As a brunette she would never be this bold. "You're right, wearing a different mask can be liberating."

"You don't want to go overboard." Fabian's eyes flicked to her cleavage. "You're not a…lap dancer."

"Of course not. Lap dancers don't kiss their clients." She paused, uncertain. "Do they?"

"I really have no idea." His gaze remained fixed on the curve of her breast. He seemed to be having trouble concentrating on the lesson. His lips were slightly parted, as if he needed extra oxygen.

Her own breath was shallow and fast. Leaning in, she brushed her mouth across his, this time running her tongue tip over his bottom lip. Her arms twined around his neck again and she pulled him closer, pressing against him. The contact was electric, sending a jolt straight through her. With a soft moan, she opened her mouth and deepened the kiss, angling her head as his tongue surged inside her mouth, bringing heat and pressure.

His hand molded her breast and, aching, she strained to get closer. With a groan he rose and carried her to his bedroom, still locked in the kiss. 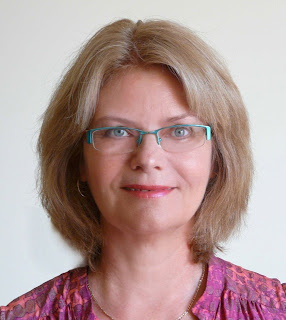 To be in the draw to win a digital copy of Gentlemen Prefer Nerds, tell us your favorite gemstone. Do you own a piece of jewelry set with this gem?!

Come back next Sunday, when the winner of today's giveaway plus the winner of last week's giveaway will be announced -- and a smooch from Cassie's Grand Plan by Emmie Dark will be posted!
Posted by Sharon Archer