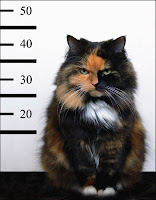 
Happy day five to our LoveCats DownUnder blog! I am so very happy to be part of this wonderful cat gang - Rachel, Nikki, Tracie, Sharon, Zana and Emily!

I wanted to start my first post with something related to my becoming a Nocturne Bites author. With this in mind I decided to showcase how the dangerous creatures Australians live with on a day-to-day basis, along with our ancient landscape, inspire the darker, paranormal side of my imagination.

We have some of the most venomous snakes in the world, and also lay claim to two of the most deadly spiders - the Sydney Funnel Web & Red Back Spider. Venture into our beautiful oceans and you just may tangle with a Great White shark (cue Jaws music) and in the warmer waters there's a chance you could brush up against a Box Jellyfish *shudder*

But for me it's the Australian 'bush' that really inspires my story-telling: the majestic gums that seem almost to glow at night, the often drought-stricken landscape steeped in Aboriginal culture (I can almost hear the haunting sounds of a didgeridoo), the beautiful snow-capped hills of the southern states in winter, the interior's breathtaking semi-arid desert where the sandstone rock of Uluru juts into the air 1,142 feet. It's a landscape that conjures up visions of the unknown. There are many apparent sightings of the Yowie (Big Foot/Yeti) Min Min lights (unexplained light/s which appear and often bob through the air at night) regular UFO sightings and even the occasional claim to big cats. 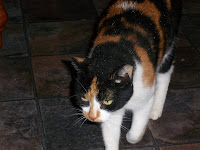 It's little wonder I gravitated toward paranormal romance even before I realised it was my true calling! What creatures and/or landscapes inspire your imagination? Has something paranormal ever grabbed your attention? For one person with extra-special 'inspiring' comments, there is a lovely bunch of books up for grabs: