The Newcastle Writers Festival was held last weekend so the city centre was inundated with much merriment…along with philosophical musings, pretentious mutterings, and unaffected enthusiasm. So…quite a range of fun to be had then. ;-)

Which is why I’m a little cast down that I had to curtail my festival time as I have to plough through this baby for my doctorate... 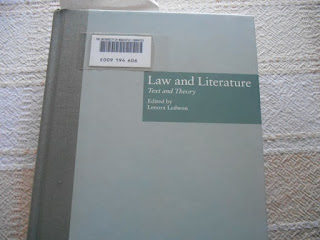 Looks riveting doesn’t it? (Well, actually it sorta is, but PhDs are like that.)

Still I did get to some great sessions. The university arranged for Steven Amsterdam to provide a workshop for its research higher degree students on the Friday. Steven’s latest novel The Easy Way Out follows the journey of a dying-assistant (regardless of what side of the euthanasia debate you fall on, this is an interesting book). And his workshop provided us with much food for thought. Also, I caught up with a friend I haven’t seen in ages. :-) We’re thinking of forming a writers group.

On Friday night I attended the Newcastle Short Story Award ceremony—this is a prize that’s starting to gain national recognition (as it should—there’s $6000 worth of prize money up for grabs). And in a weird moment of serendipity I found myself talking to a barrister (see what I’ve been reading above). Of course, now I want to write a short story for next year’s prize. Oh, and I caught up with a friend I haven’t seen in ages. We’re doing coffee soon. :-) 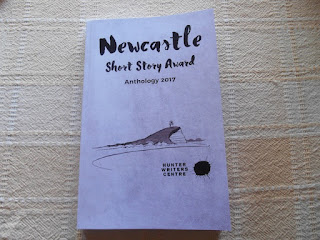 I ventured forth on Saturday to attend a book launch for Michael Sala’s The Restorer. Michael did his PhD while I was doing my Masters. He writes beautiful prose (his first book won the NSW Premier’s Award). Also he’s a seriously nice guy. It was one of the nicest launches I’ve ever been to. Afterwards I found myself at the pub with my supervisor, another writer (yesterday’s friend), a senior lecturer in sociology (who kept shooting questions at me about my readership), and a hipster dude who’s co-writing something funky (didn’t catch what) and who dubbed me the coolest person he’d ever met because I’ve been released in Manga format. I left before I could destroy that image. ;-) 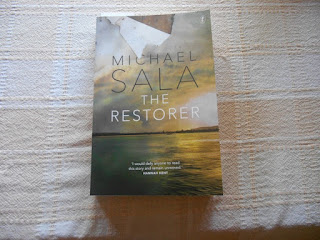 And then on Sunday, I attended the launch of a local poetry anthology. One of my book group members is published in the anthology. And there are worse ways to wile away an hour than listening to poems celebrating the painter Margaret Olley. Also, poetry readings make me feel cultured and learned (and despite the fact I’m doing a PhD, this feeling is rare and fleeting so I channel it whenever I can). Oh, and guess what? I ran into old friends I haven’t seen since my postgraduate days (back in the early 90s!). We’re catching up soon for coffee, drinks…or something. 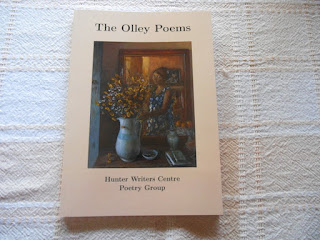 So there you have it. I’ll leave you to decide whether I actually gained more culturally or socially over the weekend. ;-) What about you—do you love a good writers festival, or do they make you want to run away screaming and hide under your bed?

Michelle's The Spanish Tycoon's Takeover is in store now!