Insights From Inside a Nail Salon

I'm a nail biter... well, sort of. I control it now by having my nails done professionally every couple of weeks. If I don't have shellac or SNS on my nails ( acrylic is too damaging for my nails) I chew and chew and pick and pick until I have nothing left. I only have to come across a rough patch in my current work in progress and my fingers creep into my mouth. Terrible habit, I know, but I've done it since I was a small child. I used to suck my thumb too, but that's another story. 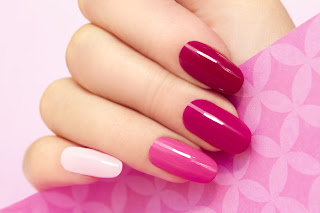 The other day I was waiting for my nail technician to become available and I watched a mother and her sister in their mid-twenties getting their nails done, accompanied by their two small children- a girl of five and a boy of three. The little girl was chatty and sweet and incredibly patient, waiting for her mother and aunt to finish. The little boy was playing quietly with a tablet with a game on it.
I was in the salon with the mothers and their children for the total of an hour and a half, as the mother of the little boy decided to get her nails done too.

As well as being a partially reformed nail biter, I am also a people watcher. It's what most writers do- we observe and take mental notes and character snapshots all the time. But this time I was disturbed by what I was seeing and hearing. The mother of the little girl was constantly putting the child down and shaming her in front of the other clients in the salon.
The child was not being naughty.
She was being a child.
It was insanely boring for me to have to sit there and wait, let alone for a young child who had no toy or book to occupy herself. The little girl tried to talk to me a couple of times but the mother shut her down and told her not to speak to strangers. I felt really insulted even though I understand the importance of teaching children stranger danger.

Not once in that hour and a half did the mother say one thing that was positive to that child. I felt sorry for the little girl and held grave fears for her developing self-esteem. How would she feel good about herself if she only hears negative feedback?
I know how much of a boost I get if someone says something positive to me. And I also know how quickly it is cancelled out by something negative.

Parenting is hard work and I don't want to sound like I was a perfect mother to my boys who are now adults. I made heaps of mistakes and wish I could have my time over so I could do things differently. But I left that salon feeling disturbed and unsettled and worried about all those children out there being brought up by overly critical parents. Of course there is a danger of over praising children too. But surely most wise parents try to aim for a balance. 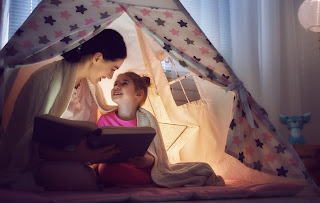 Since then I've been checking myself to make sure I say more positive things to the people I love than negative. Being negative can be a habit as hard to break as biting your nails.

Do you praise more than your criticise? Or do you have a habit you wish you could control? I have a copy of my latest release The Temporary Mrs Marchetti for a reader who leaves a comment. 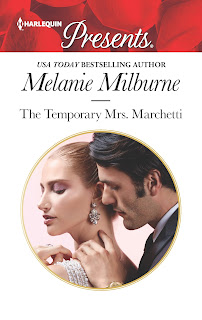