Today we have a guest smooch from fabulous RITA-nominee Madeline Ash but first...

Lyn, please contact mail AT helenlacey DOT com  to receive your copy of Married to the Mom-To-Be.

And now for today's smooch from Madeline Ash's BREAKING GOOD, a finalist in the Contemporary Romance: Short category of the Romance Writers of America's 2017 RITA awards. This is the second consecutive year that Madeline has finaled in the most prestigious awards for romance authors.  We are honoured to welcome Madeline as our guest smoocher at LoveCats DownUnder. 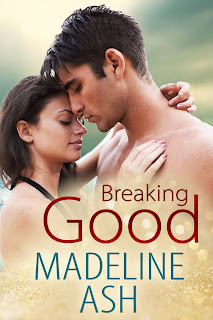 He wasn’t good for her. He never would be.
At eighteen, Stevie Case finally surrendered to her attraction to bad boy Ethan Rafters, sharing one night with him before she graduated and he skipped town on a one-way road to destruction. Years later, Stevie has hit back life’s curveballs and is no stranger to hard work, but when she finds herself working for Ethan, who’s turned his life around, her world shatters not only because their chemistry is still fierce and undeniable but because fate separated them before she could tell him he has a son.Ethan desperately wants to be a good father and partner, yet he believes he’ll never be normal. The chaos that defines his life has destroyed his relationships, yet Stevie’s acceptance of his flaws tempts him with a life he thought impossible.Dare he risk Stevie's life of hard-fought stability for his own chance at happiness?

Scene Set-up: Stevie has broken news to Ethan that she has been raising his son in the seven years they’ve been apart. Ethan wants to get to know Zach, but that means Stevie and Ethan can’t act on their chemistry – if things don’t work out between them, Zach will blame Ethan for hurting his mother and reject him. Stevie is determined to keep her distance so that Ethan can have a son, and Zach can have a dad. This scene takes place when they are alone at Ethan’s house.

‘I keep remembering that night,’ he said, unable to stop himself.
The heavy look in her eyes betrayed that she did, too.
‘I remember,’ he said, thoughts tumbling back to his teenage bedroom, touching her, tasting her, with dawn glowing grey and impatient behind the curtains. He wanted to be doing that now, sliding his hands under her singlet, tugging it off and dragging her down onto the old couch in this secluded haven, exploring her curves, her strengths, her secrets, and loving every one of them. He wanted to—
‘Ethan,’ she whispered. ‘You’ve stopped talking.’
His gaze strayed to her mouth. ‘I can’t concentrate.’
‘Try.’
‘This is me trying.’
She drew in a shaky breath. ‘We can’t.’
‘I know.’ But his need for her bound his body and stole his heart. He dared to reach out, grazing his fingertips along her cheek and drawing a tremble from her skin. Her exhale ran heat across his wrist.
‘Ethan,’ she said, more breath than voice.
‘I just—I can’t get the thought of kissing you out of my head. It’s like…’ He paused. ‘I get distracted by periphery things, right? We all do—bright color, sudden movement, loud noise. For me, it’s any color, any movement, and any noise. But the thought of kissing you, Stevie, my God, it’s like a golden bird flashing right past me, singing the most arresting song. How could I possibly focus on anything else?’
Her eyes closed briefly as his fingers grazed down her neck. ‘That’s not fair,’ she whispered. ‘Have you used that line before?’
‘Never.’
‘Write it down.’ Her eyes found his mouth and strayed. ‘You’ll get all the girls.’
‘I don’t want all the girls.’
Gloriously, her lips parted. ‘That bird’s not just a kiss, though, is it?’
No. ‘It’s all I’m asking for.’
She seemed to consider that with her body. She swayed back, as if about to refuse, but then, as her gaze travelled up his chest, his neck, to hover on his lips, the sway doubled back toward him, deciding, perhaps, that one kiss would be worth the consequent disaster. Her hand found his shoulder, and as she rose to her toes, he bent, catching her mouth with his.
The kiss started slow. Not cautious, they were well beyond that, but gentle, yes, and reverent. Like travelers moving through a sacred place, knowing they would never make a second trip in their lifetime, so every glance and gasp had to be treasured.
The heat of her lips on his.
The weight of her in his arms, her chest, hips, and mouth moving with him as he sank back against the workbench.
The taste of her morning coffee as their lips parted and tongues met.
The gasps came faster after that, but he treasured them no less. As the kiss deepened, his lust cracked, echoing through his body, spurring him on, and he chased that golden bird with everything he had. He feared he’d never catch it, not completely, no matter how far this went, no matter how many times it went there.
He was destined to want this woman until the day his blood stilled.
Greedy for her, Ethan wound his fingers through her hair, thick like his own, soft like dandelion silk, and she mirrored him, raking from his nape upward, hands closing into fists at his crown. With her elbows on his shoulders, and forearms behind, she had him locked against her. Caged in heaven, his hands found her waist and were greeted by warm cotton, taut muscle, and her tremble of desire. His muscles corded, tight with urgency as she made a small sound, a whimpered moan. Then, one of her hands dropped, sliding down between them and clamping hard.
Hot bullets of arousal shot through him.
Her palm moved, and he groaned at the pressure. He was hot all over, inside and out. Desperate to touch her, he grasped her breast, and as she tugged her singlet aside, exposing skin, he sensed it within her. The same kind of emotional and physical scrabbling that had him wanting to pull her bodily inside him and keep her there, like kissing and touching and lovemaking wasn’t enough, could never be enough.
It hurt.
The force of it dug into the base of his ribcage, tearing open his fears and swallowing them whole. That he might never find a woman who accepted him as he was. That he wasn’t made to have a family of his own. That he’d mess this whole thing up, screwing Stevie and Zach over in the process.
He withdrew, breathing hard. ‘I shouldn’t—’ He groaned anew as she climbed him, arms around his neck, legs tight at his hips, and quietened him with her mouth. Gold filled his mind, and he lost himself to the chase.
It was Stevie who pulled back, God only knew how long later, palm flat on his chest, sitting on the workbench with her thighs straddling his hips, one strap of her singlet pulled down to her elbow, breathing out, ‘Ethan, please.’
Assaulted by lust, he gripped the edge of the workbench on either side of her thighs. He struggled to hold steady. ‘Sorry, I—’
‘I know.’ Her words were shaky.
‘I want everything about you.’
‘I—I know.’ Her lips were puffy, her cheeks flushed. Her next breath was heavy, a shudder as she lowered her face, and Ethan pressed his lips to her forehead. She stiffened, startled. ‘Ethan. I’m not…’
Keeping his mouth on her skin, he prompted, ‘Not?’
She pulled back, her eyes tracking an unfocussed path across his collarbones. ‘I’m not thinking this through.’ 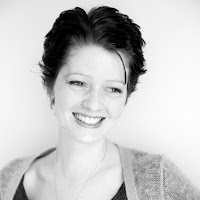 Breaking Good is set while Stevie is on holiday in Byron Bay.

For a chance to win a digital or paperback copy of Breaking Good (your choice), I’d love to know your favourite holiday destination!

Do you like the beach, or do you prefer a luscious valley or even exploring your own city?

Come back next Sunday, when the winner of today's giveaway will be announced and another guest smooch -- from RONA award winning author Scarlet Wilson -- will be posted!