Today we have a smooch from  Stefanie London but first
... the winner of last week's Sunday Smooch Giveaway is Tammy!
Can you please contact info  (at) amyandrews (dot) com (dot) au to receive your prize!
And now for today's Sunday Smooch from The Tycoon's Stowaway

The one that got away…
Luxury yacht tycoon Brodie Mitchell and dancer Chantal Turner haven’t seen each other since that fateful night when the searing heat between them ignited, devastating everything in its wake. Yet it’s clear that their fire has never dimmed. Eight years ago, their irresistible attraction was forbidden.

Now, they’re both single and Brodie’s determined to get Chantal out of his system. Even if he can only offer a no-strings fling…
On Brodie’s yacht, exploring their electric chemistry opens Brodie’s eyes to what he really wants – what he’s always wanted: Chantal. This time he’s going to tame his little stowaway…for good! 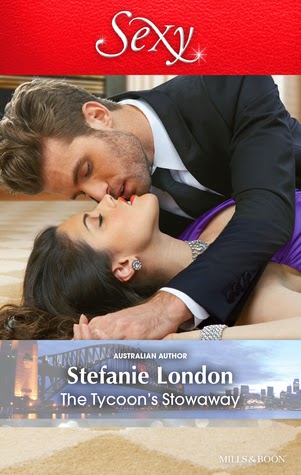 Scene Set up -  Brodie and Chantal are on his boat and the rest of the Weeping Reef crew have drifted away, leaving them alone. Brodie's decided it's time to get that kiss he always wanted from Chantal.

The unabashed arousal in his voice tore at the last shreds of her sanity, and with each throaty word she came further undone.

She turned, gathering all her energy to say no, but when his hands cupped her face the protest died on her lips. He came down to her with agonising slowness, and rather than crushing his mouth against hers he teased her with a feather-light touch.

‘All that teasing isn’t nice, is it?’

‘I never teased you.’ She frowned, but her body cried out for more.

‘Back then your every step teased me, Chantal. You were the epitome of wanting what I couldn’t have.’

His tongue flicked out against hers, his teeth tugging ever so gently on her lower lip. So close, but not enough. Nowhere near enough.

‘You should have got in first.’

His green eyes glinted, the black of his pupils expanding with each heavy breath. ‘I thought it wasn’t finders keepers?’

‘Sometimes you have to take what you want,’ she whispered.

His lips came down on hers as he thrust his hands into the tangled length of her hair, pulling her into place. She offered no resistance, opening to him as one might offer a gift. His scent invaded her, making her head swim and her knees weaken.

One large hand crept around her waist and crushed her to him. The hard length of his arousal pressed against her. Unable to stop herself, she slipped her hands under his shirt, smoothing up the chiselled flesh beneath. The feel of each stone-like ridge shot fire through her as their tongues melded.

His knee nudged her thighs apart and she gasped as though she were about to come on the spot. 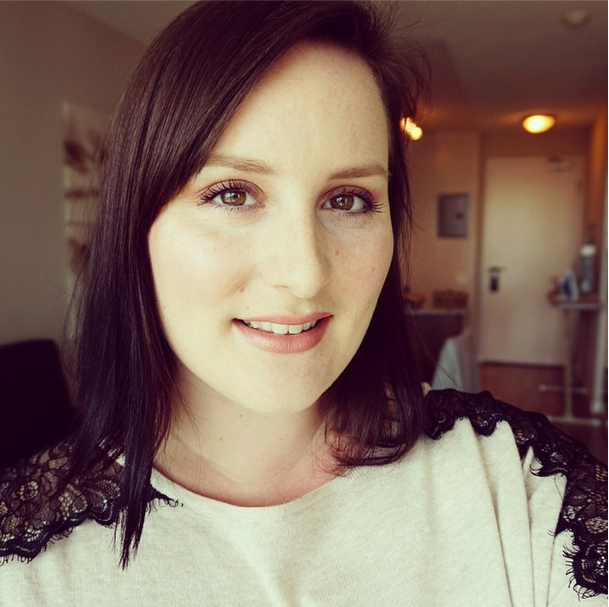 The Tycoon's Stowaway is out now in the UK and Australia, and will be released in the US and Canada in May.

For your chance to win a signed copy of The Tycoon's Stowaway, leave a comment below answering this question:

"Have you ever reunited with an old crush? If so, what happened?"

Come back next Sunday, when the winner of today's giveaway will be announced and a smooch from Annie West will be posted!
Posted by Unknown