... the winner of last week's Sunday Smooch Giveaway is Kaelee!


Can you please contact sue (dot) mackay56  (at) yahoo (dot) com to receive your prize!


And now for today's Sunday Smooch from Ask Me Nicely 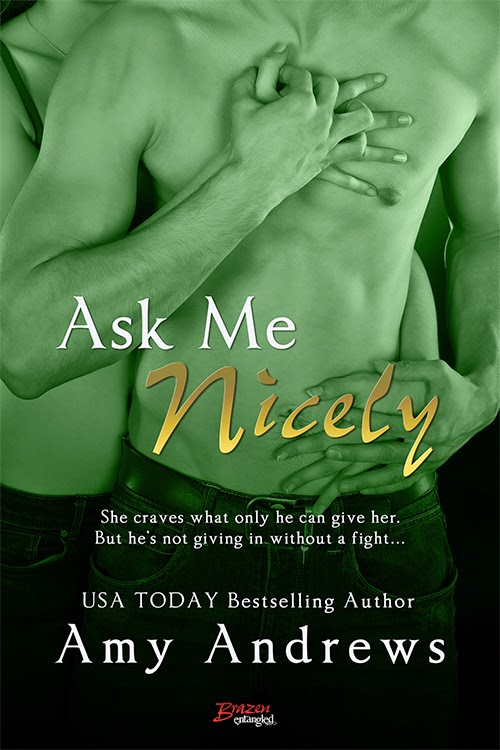 She craves what only he can give her. But he's not giving in without a fight...
Veterinarian Sal Kennedy's lost her mojo and is desperate to get it back. In fact, as the anniversary of the tragedy that destroyed her life looms large, she'll do anything to erase the painful memories, including overdoing the tequila and making a pass at the most annoyingly inappropriate man on the planet. Fellow veterinarian Doyle Jackson is her flatmate and her employee and therefore strictly off-limits.
Unfortunately, Doyle knows how to bring the goods and make her mojo sit up and beg.
Doyle is only too happy to oblige Sal in her hour of need, but then she demands more, and she's perfectly happy playing dirty to get it. He wants more, too—more than just sex, that is, and it's something Sal's not willing to give. But Doyle is in this for the long haul now, and he's prepared to fight even dirtier to get what he wants. Even if that means they both keep losing all their clothes in the process…

Sal and Doyle have been trading some hot smexy looks all day at work until Sal's date for the evening turns up....

“Sal,” Gemma said, poking her head in the door of the treatment room, and Sal almost kissed her for her timing as she dragged her eyes off Doyle. “Your date’s here. He’s in the waiting room.”

Her date. Shit. She’d forgotten about her damn date. Plus, she checked her watch; she was running late and he was a little early.

“Er…thanks,” she said, straightening up. “Tell him I won’t be long.”

Gemma nodded and went on her way. When Sal looked back at Doyle, he had his hands shoved on his hips and was staring at her. “Date, huh?”

He moved over to one of the small windows that looked out onto the waiting area, leaning his shoulder into the wall and folding his arms. “That’s your date?”

Sal went and stood beside Doyle, her eyes wandering to Brett, who was blond, just shy of six feet, and was in his third year of medicine. “What’s wrong with him?”

“Where’d you meet him? Kindergarten?”

She’d met him through a friend of a friend, and yes, he did look a little baby-faced, but he was cute and interested and well above the age of consent. “He’s only a few years younger than me,” she protested.

“He doesn’t look like he knows what he’s doing if you”— Doyle turned to face her—“know what I mean.”

Sal refused to look at Doyle, keeping her eyes firmly fixed on the lovely Brett, who’d told her the night they’d met a week ago that take-charge women were his favourite type. He was sweet, up for it, and knew the score. “He has everything I need.”

“He has everything you need?” Doyle said, turning back to the window. “He looks like he still lives at home with his mother. And she probably does his laundry and makes his bed. He doesn’t look like he’s figured out what he wants for himself, let alone how to give you what you want.”

Sal shrugged. “Most men are happy to follow direction in my experience.” Not that she’d needed to give Doyle any direction. Hell no. He’d just boldly taken control. He looked at her again, and Sal’s neck prickled as the heat of his gaze fanned over her chest and throat and face.

Sal couldn’t not look at him then. He was close, his breath warm on her neck, and his chest was just there; she could put out her hand and touch it if she wanted.

And oh dear God, she wanted.

“I…” Sal swallowed, her throat parched as her gaze became fixated on the tanned hollow at the base of his throat. Warm saliva coated her mouth just thinking about putting her tongue to it.

“You want someone who’ll do this?” he asked as he stroked a finger across her mouth. “Or this?” The finger dropped to her chin, then down her throat to her chest in a straight line to her cleavage where it reached the vee of her scrubs and stopped. He held her gaze as he moved it in a straight line to the left, over the slight swell of her breast circling around the nipple. “This?”

It was meant to come out as a warning but sounded all husky and needy, and she sank her teeth into her bottom lip to stop from crying out when his finger stroked directly over her achingly taut nipple.

“What about this?” he asked as his other hand slid onto her hip and continued around to cup her bottom, kneading it, hitching her closer.

“Doyle,” she murmured again. Weak like her knees. Needy like her libido. She put her hand on his chest, trying to keep some space, some sanity, between them as her head spun with the smell of antiseptic and eau du Cro-Magnon, the situation rapidly devolving to some kind of primal level where resistance became futile, where only the demands of hormones and the urge to mate mattered.

His dark eyes burned into hers, then dropped to her mouth. “And you definitely need someone who can do this,” he muttered, grabbing her hip and jerking her the last little bit toward him.

Sal’s breath stuck in her throat as her chest collided with his. Her pulse beat a loud tango through her head and her breasts and her thighs. “Doyle, I—”

But he didn’t give her time to speak, to clarify, to collect herself, to gather any sanity. He just swooped down and claimed her mouth, cutting off any half-feeble protest she’d been about to mount, pushing her flush against the wall with the force of his hot, hard body, pinning her there, pushing her head back, with the force of his hot, hard mouth.

He groaned against her lips and she felt it deep down inside, where everything clenched and tightened, the hot lash of his tongue plucking those fibers into a frenzy as surely as if he’d reached inside her and licked them.

She almost fell in a heap when he pulled abruptly away, taking a step back, his chest heaving. “That kid out there”— he pointed in the general direction of the window—“can’t give you that.” 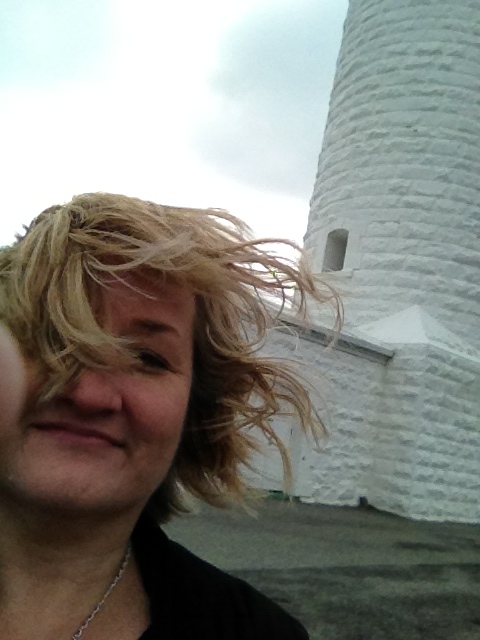 For a chance to win an e-copy (must have an Amazon account) of Ask Me Nicely, tell me are you a fan of work place romances or do they come acorss as a little skeevy?