Voices in my Head 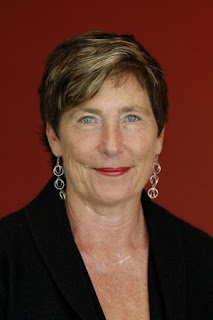 Watching: a storm raging outside my window.
It's churning up the sea, throwing small branches around, and knocking down the garden. There's not a thing we can do about it.
Which has me wondering - have I ever really had any control over the muse in my head? Ever since I can remember I've had stories in my head. They've been in the background during times of study and exams, during marriage and mortgage, but they've always been there. A bit like having an imaginary friend. Hopefully I'm not going around talking to myself. I haven't noticed people looking at me as though I'm bonkers but they could just be good at hiding their thoughts.
So where did this muse come from? When I was eight I wrote a story that was a bit of a success and tickled the muse. At nine I began ballet lessons because I was going to be a ballet dancer when I grew up but my dad said I was like a leaping heifer. I wrote another story and he enjoyed that. Then I tried the piano. Apparently elephants could tread more delicately on the keys. I wrote more stories, and took out class prizes. As a teen I decided writing and singing songs was my future. Even I couldn't stand that noise.

So back to the writing I went. I always dreamt of becoming a writer, but dreams don't become reality without hard work and goals. Finally when I couldn't shut the muse up at all I set out to write and sell a book. It took time and hard work but we made it. So why was I better at stories than ballet or singing? No amount of hard work would've helped me there. Was I born with a writing gene? Of course people might be taking the safe option and reading my books in case I take up ballet again.

I wondered if the muse would be so happy we made our first sale and then take a back seat or retire. Nope. It's as though the muse has been unleashed. More stories than I know what to do with pop into my head at times. The muse loves going for walks. Only yesterday when I was trying to sort out all the conflicts and backstorries for my current book the muse had plenty to say on our walk and when I got home I had most of the basics worked out. I'd be lost without my silent friend.

Do you all have a muse? Do you work harder on one facet of your life more than others because something is driving you to? Or am I nuts? Maybe don't answer that third question. There are plenty of people in white coats out there .

I've got a copy of Surgeon in a Wedding Dress to give away today.