Today we have a smooch from The Millionaire’s Mistletoe Mistress – from Tis the Season anthology (Christmas with the Boss in the UK) by Natalie Anderson, but first ...

the winner of last week's Sunday Smooch Giveaway is --
Marybelle!


Congratulations, Marybelle! Can you please contact michelle @ michelle - douglas (dot) com (minus the spaces) and she'll send you a copy of The Secretary's Secret.

And now for today's Sunday Smooch from The Millionaire's Mistletoe Mistress by Natalie Anderson ...

Imogen's new boss, Ryan Taylor, is demanding, infuriating and utterly gorgeous. But she's been burnt by a colleague before, and she's not about to commit the same mistake twice…no matter how tempted she might be.


However, making Imogen his mistletoe mistress by Christmas is at the top of Ryan's wish list! 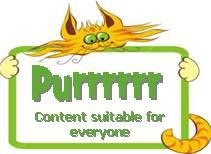 [Set up: Imogen has been trying to avoid her sexy new boss at the Edinburgh department store where she works in the office... But as she’s trying to walk to work one morning (it’s slippery on the icy paths!), she runs into him... ]

For the first time in days she stared properly into his eyes – even in the half-light of the late dawn they were that vivid blue. She was vaguely aware of her own mouth moving into a mirroring smile. Oh he had it all. One of those American great-all-round types with his blue eyes and brown hair, bronzed skin, broad shoulders and… had she dwelt on the blue eyes already?

“Do you wear contacts?”

“No. Why?” He seemed to be smiling with his whole body.

She couldn’t believe she’d asked that question out loud. “Your eyes are very blue.” Oh no she was whispering. Oh brain, where art thou? She jerked back. “I’m sorry.”

Because that was inappropriate. But she couldn’t answer. Looked away to try to clear her head from his almost hypnotic power. “It’s freezing, isn’t it?” Hell. Reduced to talking about the weather to distract from the fact she’d just made a colossal fool of herself. To try to ignore the way she burnt up in his presence.

She looked back at him then. Had he moved closer? He had, and he was taking another step closer.

“It’s easier to warm up than cool down.”

“I don’t think so,” she said, just to disagree. “It can be impossible to warm up.

The brakes on her sensibility were slipping – standing near him, with him smiling like that. He still had his hand on her arm and he was edging closer and closer.

“You can always warm up.”

Awareness zinged between them.

“No.” She shook her head in the tiniest movement and her last hint of caution melted. “My lips are so cold they’re numb.” The scare from the almost-fall must have addled her everything.

“Numb?” He was looking deep into her eyes in a way that obliterated rational brain power.

She nodded, felt that squeezing inside as his gaze dropped to her lips.

“I don’t believe you.” His mouth had that cheeky quirk to it.

“They are,” she insisted. “I’ll have to be careful with my coffee or I might burn them.”

His lashes swooped up and she was pinned in place – just where she wanted to be. “Well we can’t let that happen.”

Bluer than the brightest summer sky, his eyes gleamed. Spellbound she watched as he came nearer and nearer.

The kiss was butterfly light. The faintest brush of his mouth on hers. Not remotely long enough or hard enough or deep enough to satisfy Imogen’s burgeoning desire.

“Still numb,” she spoke as his mouth lifted and hovered mere millimetres from hers.

Her challenge was unmistakable.

His smile widened and then she got to taste it as his head lowered. Her eyes closed and in her mind she was floating in those skies of blue. His lips were warm, gentle, teasing before they lifted again, still too soon.

She sighed, resigned. “I can’t seem to feel a thing.”

His brows shot up but there was a knowing look in his eyes. “I’ll have to try harder.”

This time she met his mouth with her own wide and hungry. This time he put his hands on her. This time it was longer, and harder and deeper.

Imogen moaned. He slid one hand down her back, pulling her against him while at the same time taking that last step closer. She was sandwiched firm between the bridge railing and him. Yet still she wanted closer. She hadn’t lied. It was true – she couldn’t feel a thing – other than pleasure radiating out within her. Emboldened by that madness, she kissed him as deeply, searching him out with her tongue, desperate to taste more of him – all of him. Her arms lifted, locking around his neck. Their bodies strained together, arousing, intoxicating, suddenly in an embrace so tight it almost hurt. Until finally he lifted his head and let them both breathe.

But it wasn’t sobering oxygen that she inhaled. It was all Ryan. “Are you sure you don’t wear contacts?”

Natalie is giving away a copy of The Millionaire's Mistletoe Mistress. To be in the draw, tell us whether you think it's easier to get warm, or warm down!

Come back next Sunday, when the winner of today's giveaway will be announced -- and a smooch from Unmanagable Isobel by Sophia James will be posted!
Posted by Robyn Grady