... the  winner of last week's Sunday Smooch Giveaway is Fedora! 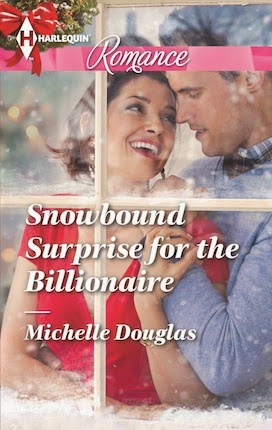 All she wants for Christmas...

After a difficult year, and the loss of her father, festive cheer is the last thing Addie Ramsey is feeling. She's just planning a quiet one on her Outback farm. Until her new boss, billionaire Flynn Mather, offers her the perfect distraction--to spend the holiday with him in Europe as his temporary PA!

Christmas hasn't always been magical for Flynn, either, yet with vivacious Addie by his side, and seeing the joy through her eyes, things feel different this year. Could Addie be the Christmas present Flynn never knew he needed?


Scene set up: Addie and Flynn have gone ice-skating...their sense of fun has come to the fore, deepening not only their growing friendship, but also the desire that's been simmering beneath the surface for weeks now. They've just agreed to avail themselves of a mini-holiday of skiing in the Alps the next day.


‘Woo-hoo!’ Addie jumped as if she meant to punch the air, but her skates shot out from beneath her. Flynn grabbed her, yanking her back towards him and she landed against his chest, gripping his arms tightly when he wobbled too.

It brought her face in close and as their eyes met the laughter died on their lips. An ache swelled in his chest, his groin throbbed and he could barely breathe with the need to taste her.

Her gaze lowered to his lips and an answering hunger stretched through her face when she lifted her gaze back to his.

Once. Just once, he had to taste her.

His hands moved from her waist to her shoulders. Gripping them, he half lifted her as his lips slammed down to hers. Heat, sweetness and softness threatened to overwhelm him. She tasted like wine and cinnamon and her lips opened up at the sweep of his tongue as if she’d been yearning for his touch and had no interest in pretending otherwise.

Heat fireballed in his groin. Desire surged along his veins and his lungs cramped. It was too much. He couldn’t breathe. He let her go and took a step back feeling branded…feeling naked.

They stared at each other, both breathing hard, both clutching the railing with one hand for balance. And then she reached forward with her free hand, grabbed the lapels of his jacket and stretched up to slam her lips to his.

It knocked the breath out of him.

She explored every inch of his lips with minute precision, thoroughly and with relish. He wanted to moan, he wanted to grab her and…and make her his!

Her tongue dared his to dance. He answered the dare and took the lead, but she matched him kiss for kiss, her fire and heat rivals for his. They kissed until they had no breath left and then she let him go and stepped back. ‘I…I’ve been wondering what it’d be like, kissing you.’

Kisses like that, though, could open a whole can of worms and—

He jolted back when she touched his face. ‘Christmas kisses don’t count, Flynn.’

They didn’t? Her eyes told him there’d be no more Christmas kisses, though.

Good thing. He bit back a sigh.

The majority of Snowbound Surprise for the Billionaire takes place in magical Munich. If you could take your family anywhere in the world for Christmas, where would you go?