Today we have a smooch from Ros Baxter but first 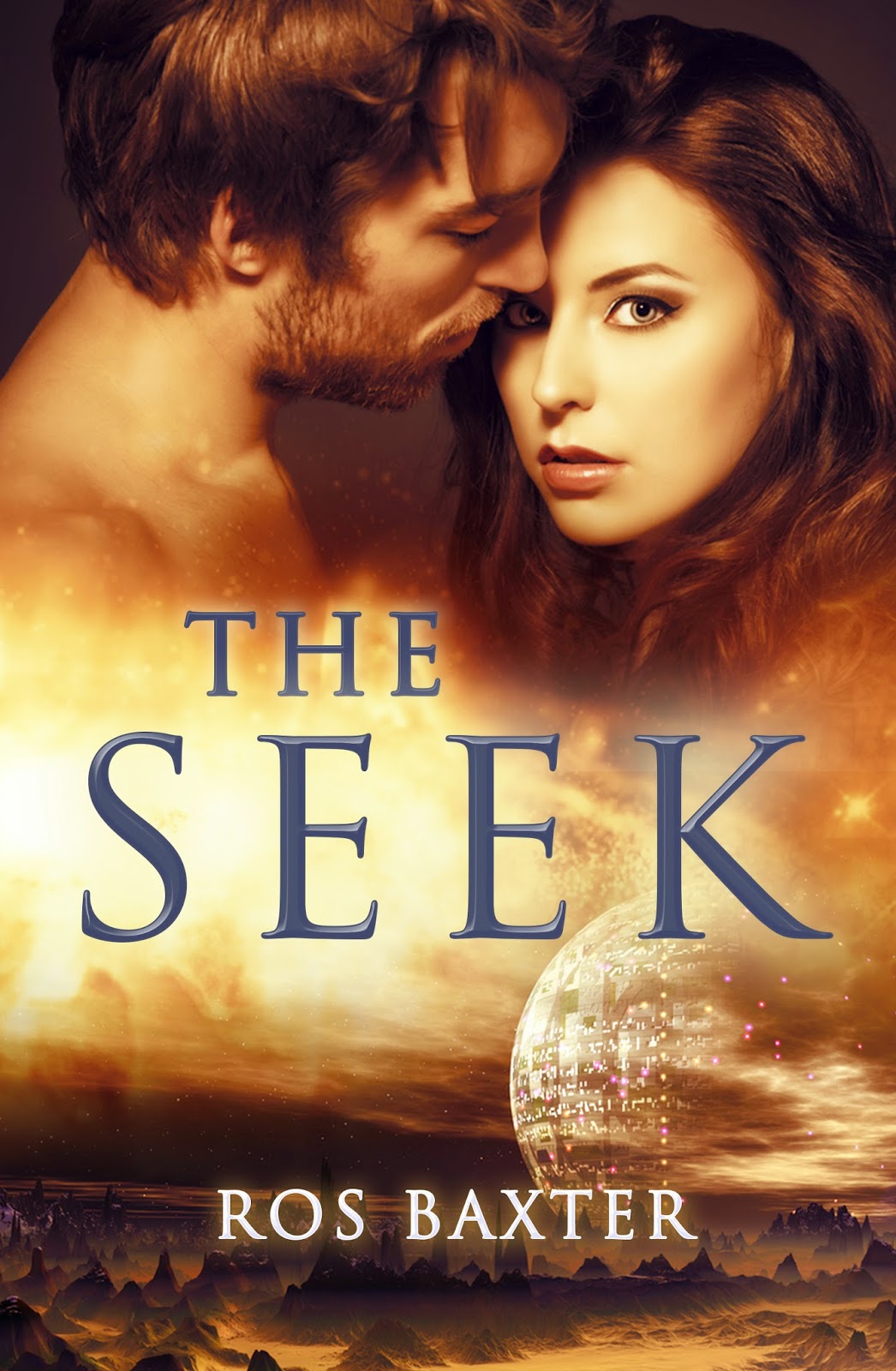 When everything else is gone, all that’s left is blood.  And hope.

The year is 2098, and the people of New Earth have been homeless for seventeen years.
Ruled by a mysterious Council, and adrift in a fleet of space stations, their sole mission is to survive long enough to find a new home. They call it The Seek.
Kyntura is the first and only female Avenger – one of the secret, separate elite who stand on the frontline between the refugees of Earth and a universe that would do them harm. For Kyn, fight and pain are the only things that drive out memories of the Apocalypse, and of the boy she left behind when she enlisted.
But a young recruit called Mirren and a deadly mission will bring her face to face with all she has tried to forget.
As she leads a squad of Avengers in The Seek, Kyntura must face her demons, join forces with the boy whose heart she broke a decade before, and confront the truth about New Earth.


Kyntura has broken ingrained habit and taken a junior officer to her bed.  He’s cool, rock-star pretty,  and ten years younger than her. She made it very clear it was a one-off deal.


Now she’s watching him training in the rounds, and she’s getting hot at the lithe grace of his leaps and manoeuvres.

Suddenly she did feel like a voyeur, as she thought about the things that clever body had done to her, and the pleasure she had taken from his body, as well. She pressed back into the entryway, not deciding to relinquish her vigil, just to hide it a little. Now she really was in danger of crossing the line into lecherousness.

But not for long.

‘You going to join me, or are you just going to stand there watching the show?’ His lazy honey voice was sweet and delicious, and it stroked unspeakable things across the raw edge of her arousal.

‘Oh, it’s you?’ Kyn stepped out into the huge round and feinted surprise. ‘I thought it was a virgin.’

‘Ouch.’ But he didn’t sound offended. He didn’t even sound like he believed her. How did someone so young get so cocky, and confident? He motioned her over and she crossed to him. His body was covered in a film of sweat, even in the carefully controlled environment, and his chest was heaving lightly. He stepped aside and made an elaborate bow. ‘Care to show me how it’s done, Captain?’

Kyn was about to tick him off, order him out of her space, but the proximity to his body was warm and exciting after the brittle stress of the meeting with Jedro and Yeo. Like this, shirtless and sweating, his hair loose, he reminded Kyn of a grunge star from the old days. It was easy to imagine him with a guitar, flicking that long fringe out of his eyes as he belted the audience with that crooked smile. Kyn had only started to be interested in pop music when her world had ended, but she remembered enough.

‘Step aside, baby,’ she purred, tipping lazily away from him into a series of three forward flips and then running back towards him for a long leap. She took it high and hard, sailing over his head and landing behind him, en pointe. Her toes barely registered the assault on them. Then she dropped into a set of splits, rolled into crouching and leapt again, this time landing on his shoulders, where his hands automatically grasped her ankles.

‘Satisfied?’ she called down to him, realising too late she liked the feeling of his shoulders under her toes and the pressure of his long fingers on her ankles.

‘Not yet,’ he said, his voice low and silky. He tugged on her ankles to bring her down. She bent and offered her hands and he lifted her to the floor but didn’t let go. He drew her in against his chest, which was now heaving with an entirely different kind of excitement. She should pull away, but she didn’t want to. Her heart rate was elevated from arousal and exertion and she just wanted to feel it a little longer. Kysto pulled her hard against him and she felt that he too was aroused. He was thick and hard against her tummy, and he pulled her up so she was pressed against him.

‘That’s how it’s done,’ she said, going for nonchalant.

‘Yes, Ma’am, it is,’ he breathed, swooping down to press his lips against hers.

And by the Apocalypse he tasted good. How did such a young guy get so damned good at this? She knew Avengers were never short of women. They were like butterflies — beautiful and mesmerising for their short lives. And from what she had seen, Kyn understood that women found it hard to resist a guaranteed dose of heartbreak.

She vaguely registered that she shouldn’t be kissing him. Not because she thought he would tell tales, or be a jerk, or demand more than she had to give. More because the way he kissed her — with such sweet authority — put them both on some path that she knew was an illusion. This wasn’t going anywhere, couldn’t go anywhere. And yeah, partly because she had no intention of getting involved with anyone — she had bigger fish to fry, badder aliens to ice. And partly because even if she did choose on some random whim to get involved, it would not be with an Avenger — she’d had enough heartbreak to last a lifetime; been to enough sending-off ceremonies to see how losing your lover broke you in two. But mostly because even if she could put all those things aside and hook up with someone, it would never be a Post-Apocalypse baby.

They would never, ever get it.

Although she had to admit, as Krysto deepened the kiss and let his hands roam over her back and buttocks, her certainly got something. And right now maybe it was okay to lean against him and let a little of it rub off on her.

She really had no intention of taking it any further. Not now, not here, in the rounds.
And there was so much to do. A mission to plan. A girl to train. A class to get ready for their first real taste of war. She had no business making out like a schoolgirl when she should be doing her homework.

Kyn let her hands creep up to touch his face, feeling the clean lines and light brush of that rock star hair. They slid to his firm, hard shoulders and he groaned low in his throat and pressed her up against him. Her breasts squashed against his hard chest and the sensation went straight to her sex.

To go into the draw to win a digital copy of The Seek tell me who is your favourite kick-ass heroine from books or movies. 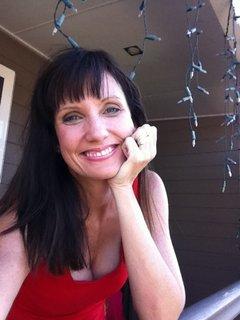