The winner of Jenny Brigalow's smooch from her book Outback will be announced next week!

Spontaneity is not in Miranda Dean's vocabulary. Life as a single mum with a demanding career leaves no time for anything impulsive! But that was before the appearance of the delectable Dr Patrick Costello.

Miranda has been resisting all men's charms, but there is something about Patrick — his gentle eyes, cheeky smile, and the feeling that she's always known him. So when he takes her by the hand she knows this will be one night she'll never forget! 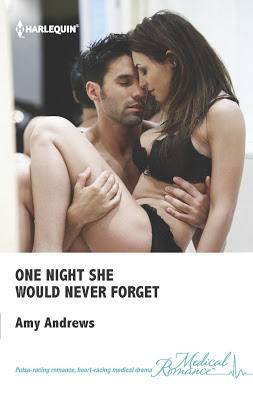 Scene set-up: Miranda and Patrick, both single parents, are attending the same medical symposium together. They first meet in the lift and then discover their rooms are next door to each other. They meet later at the bar where their attraction blossoms....

But for all their chatter, Miranda had the strangest feeling that she and Patrick were just marking time. There’d been a sense of inevitability to the night since he’d walked into the bar and it tugged more insistently as the minutes ticked by. But she liked that he wasn’t rushing her back to his room. It felt kind of old fashioned – in a modern way – and gave him another layer of sexy.
But her yawn at somewhere past midnight spoiled the build-up. “Sorry,” she apologised, covering her mouth. “I’m normally passed out cold by nine o’clock.”
He groaned. “I envy you. I feel like I haven’t had a decent sleep since Ruby came along.”
Patrick had enjoyed talking with her. He liked her entertaining stories and easy laugh. He liked how relaxed he felt. He liked how she hadn’t outwardly flirted but he still knew she was in to him. He also liked that any other woman would have jumped in and said I can help you with your sleep situation but Miranda had just smiled at him.
“Shall we go?” he asked, his voice surprisingly husky.
Miranda nodded. “Yes.”
They didn’t talk as they walked through the bar and across the lobby. They didn’t exchange a word as they waited for the lift. Or even inside the lift. Although Patrick leaned on the opposite wall and didn’t take his eyes of her for a second. Miranda’s belly went into freefall but she held his gaze, anticipation pumping her heart rate higher.
The lift doors opened and he said, “Yours or mine?” as he ushered her out.
“Mine,” she replied.
She knew zip about one night stands but she’d heard enough staffroom chatter from other nurses to know she really did not want to be the one doing the walk of shame in the morning.
Patrick stopped outside the door and turned to her. “Key?”
Miranda reached into her back pocket, slid the piece of plastic out and handed it over. He went to take it but, suddenly nervous, Miranda didn’t let go for a moment. He raised an eyebrow. “You okay?”
The question was low and slid into all the places that were suddenly reminding her how good it felt to be touched. “I don’t...usually do this,” she murmured.
Patrick smiled. “I figured.” He watched her looking at the door, obviously torn. “Would it help to know that I don’t either?”
Miranda smiled. “Yes.”
“We don’t have to do this, Miranda.”
She blinked at him, searching his face for signs of disingenuousness. Relief flooded through her when she found none. Patrick looked like he was perfectly willing to say goodnight and leave things as they were.
And he’d be gone tomorrow and she’d never see him again.
But she’d always wonder.
She smiled at him then, dropping her hand from the key. “I want to.”
Patrick kept his arm in place, the key still extended in her direction. “Are you sure, Miranda? Really, really sure?”
She grinned at him. She’d never been surer of anything. “Open the damn door, Patrick.”
He grinned back then turned towards the door, swiping the card through and hearing the click as the lights turned green. He pushed it open and said, “Ladies first.”
Patrick’s gut clenched as she brushed past him on the way in, his pulse picking up in anticipation. The door closed behind him and then it was just him and her in the darkened alcove and she was standing there looking at him with possession in her eyes. His groin throbbed in response.
He walked two paces until their bodies were almost touching. She smelled like soap and Shiraz and the combination was intoxicating. He dipped his head to capture her mouth, to savour her taste and to slowly explore her mouth, her neck.
But a little whimper from somewhere at the back of her throat was his undoing and he was deepening the kiss, and her arms were twining around his neck and pulling them together, and before he knew it he’d pushed her up against the wall and they were both breathing hard. 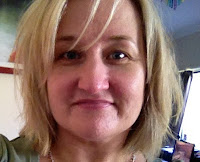