the winner of last week's Sunday Smooch Giveaway  will be announced next week.

And now for today's Sunday Smooch from In Safe Hands by Lee Christine........ 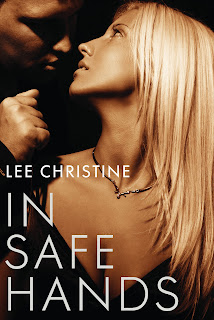 Threatened with the publication of naked photographs taken in her law student days, defence attorney Allegra Greenwood enlists the help of former SAS Commander Luke Neilson, unaware of his involvement in her brother’s death in Afghanistan.
In a race to stop the photographs appearing on the Internet, Luke battles a hidden enemy, his growing feelings for Allegra, and his conscience, which demands he protect a fallen comrade’s sister. As the stakes increase and more sinister motives unfold, Luke not only has to fight to save her career, he has to fight to save her life.

Scene set-up: [Allegra has agreed for Luke to move in as her bodyguard. He’s told her to meet him after work in the lobby of her office building, and greet him as a lover. “If he thinks you’re not alone, he’ll be forced to change his game plan.” Luke tells her. “It’ll buy us more time.”]

In the outer office the elevator doors sighed open, and Allegra stepped inside. Jabbing the button for Ground, she closed her eyes against the descending numbers, a light show in red that compounded her headache.


The computerised voice announced, ‘Ground Level’ and she stepped into the modernistic steel and glass foyer, stilettos tapping out a staccato rhythm on the marble tiles. Housing the US Consulate, the building was considered a terrorist target, its top line security the only reason Luke was satisfied leaving her at work.


Her heartbeat changed rhythm as she caught sight of him across the lobby. He’d changed into black jeans and a long-sleeved black ribbed shirt. The fine knit clung to the outline of his body, a perfect contrast to his fair hair.


Gripped by a sudden excitement she couldn’t deny, she smiled and walked over to him. “Hi!”


He sucked the air between his teeth and studied the bruise on her forehead. “Looks like you’ve gone a few rounds in the ring, counsellor.”


Then he winked and one corner of his mouth curved up. “Hi yourself.”


His hands skimmed down her arms, and she shivered, tilting her face to look up at him. His eyes sparkled, just as they had the night on the terrace, and a heady jolt of awareness ripped through her central nervous system at his close proximity. She put her hands on his chest, steadying herself, bunches of well defined muscles moving beneath her fingertips.


And then he coaxed her closer to his warmth, and she was there, savouring every sensation as her cheek pressed into the hollow of his shoulder and warm lips skimmed her temple. Allegra closed her eyes for a beat or two, a seductive whiff of fresh, clean male scrambling her sensory receptors.


Then stubble grazed her cheek as he dipped his head and warm, firm lips pressed against hers.


Shockwaves of heat dispersed throughout her body, melting her insides, and this time she didn’t pull away, just surrendered to the heady warmth of his lingering kiss.


A charade for the benefit of your tormentor.


An irrational jealousy targeted at the faceless women he willingly kissed, clawed at her as he lifted his head and relinquished possession of her lips. As they turned towards the revolving door, she kept her eyes trained on him, tempted though she was to scan the face of every passing stranger.


Outside, they merged with the moving river of jaded office workers, purpose written on their faces in their determined rush to exit the city.


As they headed towards the car, she felt his arm come around her waist, his warm lips against her ear sending aftershocks of pleasure radiating through her body.


“What do you know? Finally managed to snag that kiss after all.” 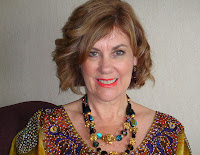 In Safe Hands is published by Harlequin Escape......

To win an eCopy of In Safe Hands by Lee Christine, leave a comment and anser to this question  - Whos is your favourite military hero from a TV series, movie or book, and why?

The winner will be announced next week and a Smooch from Sandra Antonelli will be posted.....