Colloquialisms -- Yes or No? 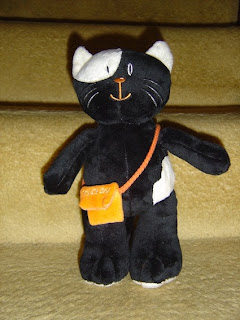 Earlier in the month I received one of the best reviews I’ve ever had (if you want, you can read the entire review here). It’s not reviews I want to talk about today, though, but an author’s voice, which this particular review has started me pondering. In her second last paragraph the reviewer says:

Michelle Douglas has a wonderful earthy style, writing in Australian English and drawing from her homeland the rhythms, the warmth and the space between what is realistic and what is possible. (If you're not used to the differences between American and Australian English, it may be a bit of a curve.)

Obviously I write in Australian English, because I’m Australian. :-) And when I first started writing I clung tightly to my Australian colloquialisms and speech patterns.

I like the way Australians speak. I like the unique and, often, colourful expressions my fellow countrymen utter. Very often this is the way I hear my characters (particularly my heroes) speaking inside my head.

And in homage to Aussie slang, here is a fine sampling:
* Her words hit him for a six.
* She’d grabbed the rough end of the stick there.
* She’s such a sticky beak.
* She didn’t give a flying fig.
* He’s a sandwich short of a picnic.
* Those are as scarce as hens teeth.
* She was as happy as Larry.
* She stared at him like a stunned mullet.
* He couldn’t take a trick.
* He was determined to be first cab off the rank.

I worry that language is becoming intolerably generic. Personally I like stumbling across a phrase I’ve never heard before and trying to work out what it means from the context it’s been used in, and I know I’m not alone in that.

I’m starting to soften my stance.

It’s occurred to me, however, that this isn’t an either-or situation. I can choose to tone down the Australian vernacular in my stories, but it doesn’t mean I can’t use lively and energetic expressions that will just as easily get my point across without baffling anyone (I hope).

Thoughts, anyone? Or perhaps you have a favourite colloquial expression of your own you’d like to share—beware, though, I may use it in my very next story. ;-)