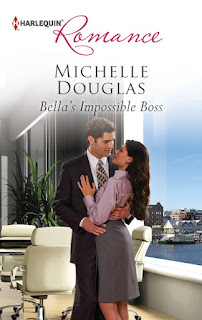 Falling for the boss's daughter
From the wrong side of the tracks, Dominic Wright is fiercely proud of his successful career--and his latest project is his gateway to the big time! The downside? Dominic is expected to babysit the boss's spoiled daughter.
Bella Maldini knows hotshot Dominic by reputation, and where women are concerned, it's a bad one! Still, if Bella wants this project to succeed she must work closely with Dominic. If only he weren't so impossible--cynical, complicated, controlled--and, worst of all, sexier than any man she's ever met!

[Set up: Bella and Dominic have just had a heart to heart, and emotions are running high.]
All she could focus on was the warmth of Dominic’s hand curving against her cheek, the firm promise of lips that hovered tantalisingly near and the scent of cinnamon that dredged her senses. The ridiculous chandelier overhead steeped them in a pale-pink light, bathing the man no more than a kiss-distance away in a red-gold halo. Temptation, that was what this man personified, and she wanted a taste.
‘You better stop looking at me like that, Bella.’ The hand belied his warning as it trailed a path down her cheek, her throat and then around to the back of her neck.
‘Like what?’ she murmured as his fingers moved back and forth across her nape, raising gooseflesh. She’d do whatever he asked when he touched her like that.
‘Like you want me to kiss you.’
She dragged her gaze from the delicious promise of his mouth and back to his eyes. ‘If you can tell me how to do that—’ her voice came out all breathy ‘—I’ll do my best to comply.’
He traced her bottom lip with the thumb of his free hand, sensitising the tender skin there, until with a gasp her lips parted.
‘That’s not how to do it,’ he said, his voice low, his chest starting to rise and fall to the same tempo as hers. She moistened her lips and hunger flared across his face. ‘Neither is that.’
Her pulse pounded in her ears. She stared at his mouth and knew she’d taste heaven if he kissed her. Both of his hands tightened on her face as she lifted her gaze back to his. ‘You should draw away.’ He swallowed. ‘You should frown, flash scorn from those beautiful eyes of yours and press your lips together. You should—’
‘No.’ She shook her head. She should stay here and beg him with her body to kiss her until he gave her what she craved.
‘Bella...’
‘Dominic, please,’ she whispered, her hands lifting to tangle in the silky strands of his hair and to pull him down to her aching, starving mouth.
With a groan, he tilted her head back and his lips claimed hers.
Dominic’s kiss devastated her. It stole her breath and it stole her mind. It left her clinging to him and drowning in an ocean of sensation. As his lips plundered hers, pleasured hers, she came to life. His heat, his passion, became her heat and her passion. She’d known instinctively that he’d taste delicious, but she hadn’t known that his kiss would encompass everything rich, divine and addictive. He tasted better than the most extravagant three-course meal she’d ever had. He tasted better even than the twelve-course degustation menu she’d once sampled. He tasted better than chocolate mud-cake.
As she found her balance again, she half-lay across his lap and she tasted him as thoroughly and completely as he had her, attempting to define and name his very essence, to stamp it on her memory and her soul. 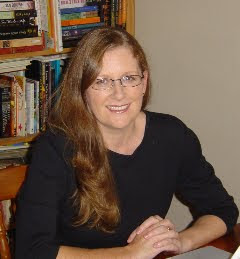 To be in the draw to win a signed copy of Bella's Impossible Boss, just tell me what's your favourite food?


Come back next Sunday, when the winner of today's giveaway will be announced -- and a smooch from The Marriage Contract by Barbara DeLeo will be posted!
Posted by Michelle Douglas