Today we have a smooch from Contract for Marriage by Barbara DeLeo, but first ...

the winner of last week's Sunday Smooch Giveaway is Jo Fereday!
Congratulations, Jo! Can you please contact Michelle at    michelle@michelle-douglas.com
and she'll send you a copy of Bella's Impossible Boss. 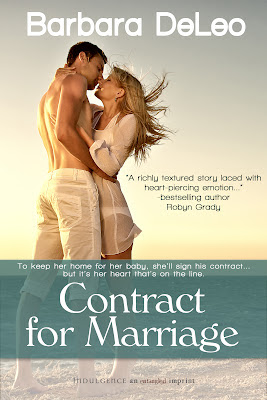 Pregnant and alone after her ex lover’s death, magazine editor RUBY FLEMING’s not about to give up her home to the man who broke her heart—until she discovers her mother left half of the estate to somebody else, and realizes she’s trapped.

Property tycoon CHRISTO MANTAZIS wants the one thing his riches can’t buy—the villa where his mother has lived and worked as housekeeper for forty years. That it’s the same house he was banished from after being caught making love to the owner’s irresistible daughter stirs up old memories and sweetens his desire.

When Christo offers a marriage of convenience to break the deadlock, Ruby knows it’s the only way for them to get what they want. Ruby needs her baby to have the link to its past, Christo needs his mother to retain her home, and for him to have the child he could never father.

But it’s another need—to have Christo again—that Ruby must resist at all costs.

Set up: After much agonising, Ruby has agreed to a marriage of convenience with Christo. They've just attended a charity ball held in Christo's name and are leaving the crowded venue via a private elevator. A pregnant Ruby is feeling a little sick in the lift. 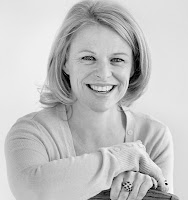 To be in the draw to win a e-copy of Contract for Marriage, just tell me about your most interesting/scary/funny elevator/car journey!

Come back next Sunday, when the winner of today's giveaway will be announced -- and a smooch from Anna Campbell   will be posted!
Posted by Unknown