Dating and Other Dangers! 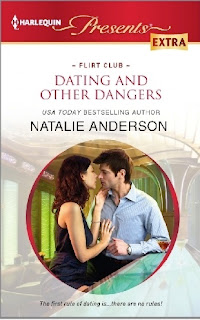 It's been a bit of a rough week here in the Anderson household - won't give you gory details, just think vomit and virus and that's enough said! Fortunately October is just around the corner and I'm so happy because that means one of my favourite books is out on the shelves (I know, we don't really have 'favourites' but this one does have a special spot in my heart).
DATING AND OTHER DANGERS is out as a Presents Extra in the US and has also been re-released digitally in the UK as part of the RIVA relaunch. The covers are quite a contrast aren't they? Which do you prefer??

So, as I'm busy doing the dreaded laundry mountain, I'm going to leave you with something far more fun--an excerpt from Dating and Other Dangers! 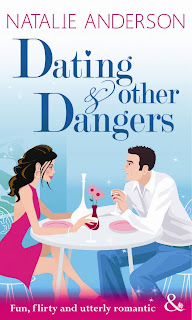 Dating and Other Dangers is available now from: Amazon; Barnes and Noble and if you’re in the UK, it’s also just been rereleased in digital form and you can grab it from Amazon UK.

1.     Do boost your confidence by looking hot

3.     If the man is trouble (however sexy!) do report all on www.WomanBWarned.com
After being trashed on Nadia’s website, serial dater-and-dumper Ethan Rush is about to put Nadia’s rules to the test. He’s determined to change her mind about him. She’s determined to prove him for the cad he is.

Let the battle of the dates begin…