I'm absolutely thrilled to have my friend and author, Anna Campbell, as my guest on the LoveCats DownUnder today! Her wonderful intense stories mean her books have well-thumbed pages and a permanent place on my keeper shelf. And the exciting news is that there is a new Anna Campbell book out on the shop shelf right now - Midnight's Wild Passion!

I know Anna does meticulous research for her books. I find it fascinating whether it's the historical events leading to back story, or the marvellous stately homes and gardens she's visited to get her settings so evocatively real, or famous, perhaps infamous, people from the past who have triggered ideas for the characters in her stories.

So today, I'm indulging myself and asking her to share one or two of the interesting snip 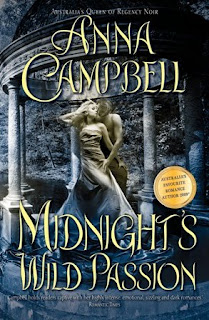 Hello, Sharon! Hello, Love Cats! Sharon, thank you for saying such wonderful things about the books. That cheque is definitely in the mail!

Great to be here to talk about MIDNIGHT’S WILD PASSION which is out 26th April from Avon in North America and 1st May from HarperCollins in Australia and New Zealand.

I feel like I’m here under slightly false pretences. While I often do a vast amount of research for my stories, this particular one relied on stuff I’d picked up along the way before I wrote it. I had to do snippets of research – how long it would take to ride to Surrey, the plants in your average graveyard, you know, the standard stuff! – but this wasn’t like CAPTIVE OF SIN where I needed to know about the East India Company or UNTOUCHED which meant delving into the horrors of the treatment of mental illness in the early 19th century. Take it from me, you’d be mad to be mad then! 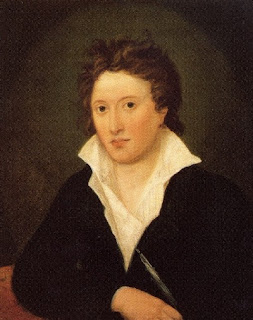 stead, I thought I’d mention something that’s stewed at the back of my mind since I was a wide-eyed romantic at university (compared to a wide-eyed romantic OUT of university which I’ve been ever since). Like a lot of booky girls, I did an English lit degree and as part of that study (definitely an exaggeration of my activities at university – I wasn’t the most conscientious of students, sadly!), I did a semester on the romantics, mainly concentrating on the great six Blake, Wordsworth, Coleridge, Shelley, Keats and Byron.

What wonderful grounding for a girl who grew up to write Regency romance! I developed a huge crush on Shelley although now I’m not quite so forgiving of his manifold sins. Byron I found less magnetic although I was fascinated by the scandals and drama of his life. Honestly, that man makes the most lurid soap opera look staid! 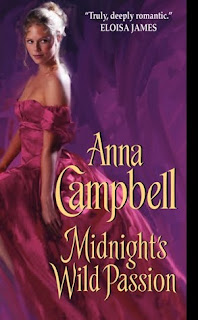 In MIDNIGHT’S WILD PASSION, Antonia Smith, my heroine, is forced to hide her true identity after she elopes with a poet and is consequently ruined in the eyes of society. Writing the poet who done my heroine wrong was great fun and let me get down on paper some of those thoughts from long ago.

Johnny Benton isn’t the hero of MWP – the rakish Nicholas Challoner, Marquess of Ranelaw is – but he was huge fun to write. His character is inspired by both Byron and Shelley. He’s accounted the handsomest man in England which let me play around with the Regency cult of celebrity and masculine beauty (Byron). He’s also got a chequered romantic past, inspired by Shelley’s turbulent emotional history. Shelley was expelled from Oxford for spreading atheistic propaganda when he was 19. Then, disowned by his father, he tumbled into a reckless marriage with a 16-year-old girl, Harriet Westbrook. This union was unhappy and Shelley eloped with Mary Wollstonecraft Godwin, the woman who eventually wrote Frankenstein. Poor Harriet ended up drowning herself in the Serpentine in Hyde Park. 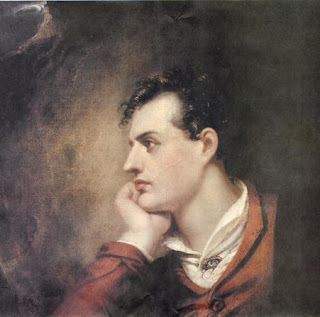 ke to know more of Shelley, here’s the Wikipedia article on his life: http://en.wikipedia.org/wiki/Percy_Bysshe_Shelley

And here’s one on Byron: http://en.wikipedia.org/wiki/George_Gordon,_Lord_Byron

Both men lived lives packed with incident and conflict and drama (Shelley drowned in a storm off the Italian coast at the age of 29 in 1822 and Byron died fighting the Turks for Greek independence at the age of 36 in 1824). They provide wonderfully rich resources for a romantic novelist!

So let’s go for a really in-depth question – who do you think is the handsomest man alive today? I want to hear about modern Lord Byrons! One commenter wins a signed copy of MIDNIGHT’S WILD PASSION, complete with poet!
Posted by Sharon Archer