Reading: Abandon the Night by Joss Ware
Watching: American Idol
Listening to: Lady Gaga
Making me smile: Tiny little baby clothes
I’ve been doing a lot of reading lately and was wondering exactly what it is that makes some books suck you in right from the beginning while others can take a little longer to warm up.
I came to the conclusion that there is no simple answer: its great characters, beautiful description, a unique hook, great action, intense emotion, excellent pacing…the list goes on.
But one thing that certainly helps is a catchy first line.
There are some awesome first lines out there in books of all genres. Here are some of my favourites: 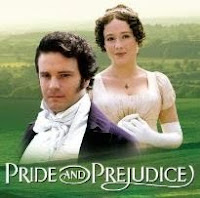 It is a truth universally acknowledged, that a single man in possession of a good fortune, must be in want of a wife. ~ Pride and Prejudice by Jane Austen
It was a bright cold day in April, and the clocks were striking thirteen. ~ 1984 by George Orwell
There was a boy called Eustace Clarence Scrubb, and he almost deserved it. ~The Voyage of the Dawn Treader by C. S. Lewis

Had Eidolon been anywhere but the hospital, he would have killed the guy pleading for his life before him. ~ Pleasure Unbound by Larissa Ione
Ross Wakeman succeeded the first time he killed himself, but not the second or the third. ~ Second Glance by Jodi Picoult
Our own LoveCats are pretty catchy in the first line department as well:
Who knew silence came in so many shades? ~ Friends to Forever by Nikki Logan
He was staring at her again. ~ At the Billionaire’s Beck and Call by Rachel Bailey
Knees gone weak, Phoebe Moore drank in the sight of two bronzed arms angling down over a well-packed T-shirt and large masculine hands raising its black interlock hem. ~ Every Girl's Secret Fantasy by Robyn Grady

And from my latest Nocturne Bites:
She needed a man. ~ One Night with the Wolf by Anna Hackett
So, do you have any favourite first lines? Lines that dragged you into a book and left you wanting more? Lines that have always stuck in your head long after you’ve finished reading.
Posted by Anna Hackett

Anna Hackett
I’m a USA Today bestselling romance author who’s passionate about fast-paced, emotion-filled contemporary and science-fiction romance. I love writing about people overcoming unbeatable odds and achieving seemingly impossible goals. I like to believe it’s possible for all of us to do the same.