I'm starting, no pretending to start, clearing out my office. There are a lot of copies of my books in there which I regularly take to libraries and give to friends, and yet still have a huge pile left. But there's one pile I won't be giving away, and that's the foreign editions. My stories have been published in many languages now, the latest being in Icelandic, which totally blew me away.

The first time I ever held a copy of my first book, Their Marriage Miracle, translated into French I nearly had a wee accident I so excited. Even now when the postie delivers another parcel of these books I get a huge thrill. I've kept a copy of every single one, even though I can't read most of them. I can manage some of the French versions. Often the only way I know which story it is, is by the hero and heroine's names. And then once the publisher fooled me by changing the names because the other story in the set had the same heroine's name. 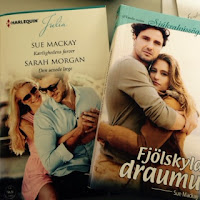 Four years ago when we (the royal we here) were in Europe for the first time I found my books on the shelves in two shops in Tours and Paris. Talk about going a little bit crazy. I raced out of the shop to find my other half and demand he come and take a photo, and that's when I realised I'd left my suitcase in the middle of the shop. It was still there when I got back, but I then had to placate the two people working behind the counter.  I still doubt they understood the crazy lady speaking French in a strange accent. 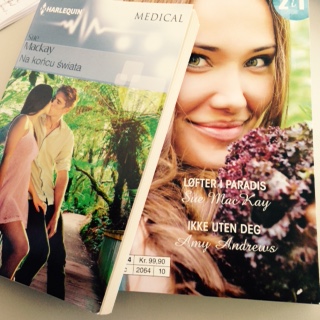 This one includes a story from the amazing Amy Andrews. 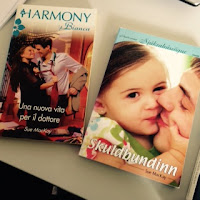 This is some of the fun and wonder writing has brought me and I treasure it every day when I sit down to write.


What's the most exciting thing for you about your job?