10 Fun Facts about Sarah and the Secret Sheikh 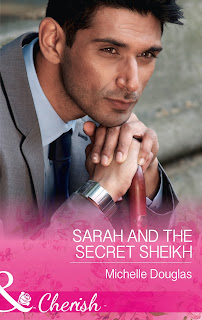 Release month is always exciting…and look at my covers! Aren’t they delicious (perhaps especially the UK hardcover—yum! :))? So I thought I’d share 10 fun facts about Sarah and the Secret Sheikh.

1. My working title for this book was Pregnant to the Secret Sheikh. This is the closest I’ve ever come to keeping a title I’ve suggested. :-) Mind you, I love the alliteration of Sarah and Secret.

2. Mr Douglas named the hero of this book. He's taught a number of Saudi Arabian students, and when I was searching for a name he suggested Majed. I thought it perfect.

3. When I was a child, Sarah was my favourite name in the whole world. This is solely down to the fact that the name of Dr Who’s sidekick at the time was also Sarah (full name of Sarah Jane Smith). I thought her gorgeous and sassy and strong. And my Sarah also has moments of sass and strength so the name fitted her perfectly.

4. This is my Pandora charm for the book. My Facebook friends will already have seen this, but it’s so pretty it’s worth seeing again. :-) 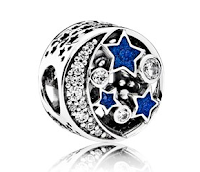 5. Lots of readers have loved to hate Sarah’s mother…but I love her. Yeah, she’s critical and strident, but there’s little doubt that she loves her daughter and would help her out of any catastrophe. But, yes, she’d be seriously hard work at a dinner party. ;-)

6. Is it possible to have a feminist, beta Sheikh? I would argue that Majed is most definitely a feminist—he never puts his desire for fatherhood above Sarah’s desires. He has no intention of forcing her to remain in his kingdom of Keddah Jaleel and marrying him if she doesn’t want to. He sees her as an equal. Actually, he considers that she has more rights than he does because it’s her body that is carrying their child, not his. He made me swoon (can you tell?). I call him a beta for this very reason, but he shows some definite alpha tendencies.


7. The theme song for this book is Sophie B Hawkins Damn I wish I was Your Lover. I love this song. Whenever I hear it I immediately think of Sarah and Majed.


8. I worry that I should’ve written an epilogue. What do you think—yes or no? I could create one and offer it as an extra to all of my newsletter subscribers.

In fact this played on my mind so much I did write an epilogue for my upcoming March 2018 release.

9. The story starts in Majed’s bar in Melbourne (it’s not actually his bar, but he’s running it for a mutual of his and Sarah’s). In my mind I wanted that bar to be a meeting place like the bar in the sitcom Cheers, or the coffee shop in Friends. I mean there’s no room for an ensemble cast in a category romance…but in my mind, that bar is the place to be. :-) I even toyed with names for it: The Shooting Star, The Merry Magpie, Five Bells...The Thirsty Cricket.

10. One of my absolute favourite fantasy elements of the fictional location of Keddah Jaleel (besides the fact it has a coastline which means amazing beaches) is its river and the fact Majed takes Sarah out on the royal barge. Here’s a short excerpt:

‘I need to pinch myself.’ Sarah kept her voice low, not wanting to disturb the twilight hush of the river. To the west the sky was a burst of orange, slowly shading to breath-taking pinks and paler mauves. All the colours were reflected in a river that was millpond-smooth. Something about it eased the burning in Sarah’s soul.
‘You like it?’
Majed’s caramel voice bathed her skin in a warmth that lifted all the fine hairs on her arms. ‘Like it?’ She started to laugh. What wasn’t there to like? They were drifting down the river on a slow-moving barge reclining on a bed of silken cushions beneath a canopy of blue-and-silver satin. The luxury was unimaginable and the scenery stunning. ‘Like is far too weak a word. I…’ She swallowed. ‘I can’t believe how beautiful it is.’
Date palms, tall, majestic and seemingly ancient, lined the riverbanks. Beyond them stretched a fertile flood plain green with crops.
‘It is beautiful.’ Majed turned to her, surveyed her from beneath lazy brows. ‘You’re beautiful too, habibi. I’m honoured to share this with you.’
He wore traditional robes and a headdress, and her heart had nearly stopped when she’d first clapped eyes on him. He looked like a stranger—a beautiful, exotic stranger. His robes highlighted the masculine breadth of his shoulders and the lean, hawk-like angles of his face.
A pulse started up in her abdomen. With a deliberate finger, he reached out and traced a path from her knee to her mid-thigh. She sucked in a breath. ‘What are you doing?’
The smile he sent her could only be described as wolfish. ‘I like to touch you…and the clothes you wear invite me to touch them. Was that not your intention?’
‘Of course not.’ Her pulse hammered. Liar.
‘That’s a shame.’
He held out a dish of delicacies to her—locally made Turkish delight that melted on the tongue, dates that were fatter and more luscious than any she’d ever had and a pastry, whose name she couldn’t pronounce, which was filled with nuts and honey and tasted of the gods. Normally she’d have eaten her fill, but not this evening. Majed unsettled her too much. ‘No, thank you.’
He selected a pastry and bit into it slowly, his tongue snaking out to collect a stray flake from his lips, his gaze on hers the entire time. He made a murmur of appreciation that was so lover-like, heat flooded her cheeks. She swallowed convulsively. ‘What are you doing?’ she whispered. She wanted to look away, but she couldn’t.
He finished the pastry slowly, deliberately…and with obvious relish. ‘I promised myself that I wouldn’t pressure you one way or the other into marriage with me, Sarah, but I think that was a mistake.’
‘Oh, I don’t! I think—’
His finger against her lips halted her words. ‘I think you ought to know how invested I am in you marrying me. I think you ought to know how much I want you in my bed.’
She jerked away from him, her heart thumping hard. ‘Stop it.’
‘Why? Because when I talk to you like this you find it hard to hold onto your own restraint? Find it impossible to ignore your body’s demands?’ He smiled, as if he’d read the affirmative answer in her face. ‘Good. I burn for you, habibi, and I want you burning for me too.’


Sarah and the Secret Sheikh is on shelves now. :-) You can grab it at all of the usual places.