Today we have a smooch from Amy Andrews but first ... the winner of last week's Sunday Smooch Giveaway is  Ann O'Donnell.

Can you please contact Annie West on annie (at) annie-west (dot) com to receive your prize.


And now for today's Sunday Smooch from -
Swept Away by the Seductive Stranger. 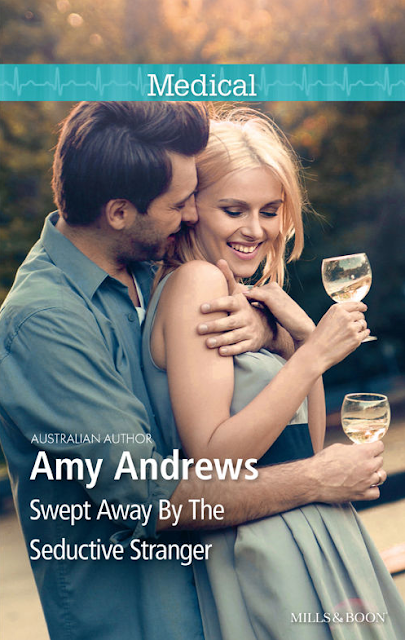 When that guy on the train turns out to be your boss!

Nurse Felicity Mitchell's train journey of a lifetime is even more unforgettable when she meets Callum Hollingsworth. Neither is looking for temptation, but that doesn't stop them from sharing one hot, wild night!

Except when they disembark, they learn that what happened on the train won't stay on the train. Because the gorgeous stranger is Flick's new boss…and it's increasingly difficult to keep their chemistry under control and leave it at just one night!

Felicity and Callum have just saved the life of an elderly man who went into cardiac arrest late at night on their train trip. Not quite the way either of them were hoping things were going to turn out. But in the aftermath, they find themselves alone once more.....


“You were great out there,” Felicity said.

“So were you.”
“Not quite what I expected would happen tonight.”
He smiled. “Me neither.” And then, “Are you...okay? It was kind of intense out there. The adrenaline was flowing.”
“Sure, steady as a rock.” Felicity held up a hand horizontally. It betrayed her completely by trembling.
He quirked an eyebrow. “So I see.”
Felicity glanced from it to him, conscious of the rock and sway of the train. Conscious that she was far away from Vickers Hill.
It emboldened her.
“That’s not from the accident.”
Her hand was trembling for reasons that were far more primal.
He regarded her for long moments before turning slightly and reaching for the door behind him, shutting it. He turned the lock with a resounding click, the noise slithering with wicked intent to all her secret places.
They were truly alone now.
Darkness pressed in on her, the only light entering was from the strip at the bottom of the door and the moonlight pushing in through the window. It was enough to allow her eyes to quickly adjust to the low light.
Enough to see Callum.
He turned to face her, stepped closer, so close his breath warmed her forehead. He reached for her hand which had fallen by her side. “Maybe you just need to –” He slid her hand onto his chest, flattening it over his heart, his big hand holding hers in place. “Grab hold of something solid?”
Felicity dropped her gaze to their joined hands. Each thud of his heart reverberated through her palm scattering awareness to every cell of her body. She’d never had a one night stand or done anything so spontaneous. But on a night when she’d been reminded how precarious life could be, she needed it.
She needed this. She needed him.
The clickety clack of the wheels on the track faded into the ether as she glanced at him. “Maybe I do,” she murmured, the scent from his citrusy cologne filling up her senses until she was dizzy with wanting him.
Like a slice of lime after a shot of tequila
His kiss, when it came, was gentle. So gentle it almost made her cry. It was long and slow and sweet. It was everything she didn’t know she needed in this moment.
Earlier, if she’d been asked how this would go down she would have said fast and furious. But this was infinitely better. Burning slow and bright, building in increments that piled one on top of the other making her yearn and ache and want even as it soothed and sated.
His hands slid around her waist. Her arms snaked around his neck. He drew her closer. She lifted up onto her tip toes.
Their hearts thundered together.
When he finally pulled away, they were both breathing hard. His eyes roved over her face, glittering with the kind of fever that also burned in her. What was he looking for?
Permission. Submission?
He had it.
“I knew you’d taste this good,” he muttered, the low husky rumble stroking right between her legs.

His next kiss wasn’t long and sweet and slow. It was hot and fast and dirty.

For a chance to win a signed copy of Swept Away by the Seductive Stranger (worldwide), tell me, have you ever been on a long train trip? If not, what's your idea of luxury travel if money wasn't an issue. Where would you go and how would you get there? 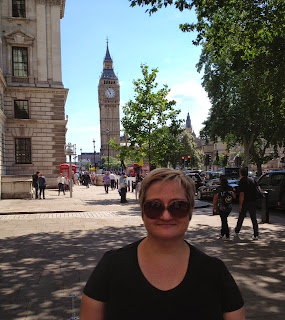 Come back next Sunday, when the winner of today's giveaway will be announced and a new Smooch will be posted!