On the Road Again

Two weeks ago my DB and I headed down to Christchurch to spend a few days with the grandies and family. It is a trip we do often.
Usually it is a four and a half drive through Blenheim and Kaikoura along a stunning coastline.
This time we had to go to Nelson first so that added an hour to the trip, but it also meant we drove down the centre of the South Island, which was a nice change.
I apologise for being a hopeless photographer, and add in sitting in travelling car and here's the result, but they give you the idea. 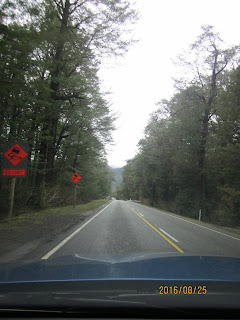 Once over the pass we head towards Hanmer, a beautiful Alpine Village.


Heading up the beginning the Lewis Pass,  a stretch of road often closed due to snow. None for us that day. 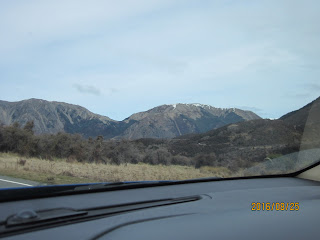 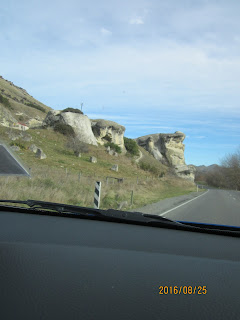 It's quite isolated through here with farmhouses scattered along the way kilometres apart.
I've twice ridden the Rainbow Rage bike challenge which runs behind these mountains on the right. 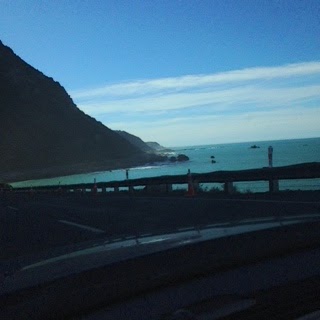 On the return trip we follow the coastline before and after Kaikoura. This area is popular with tourists stopping to see the seal colonies. 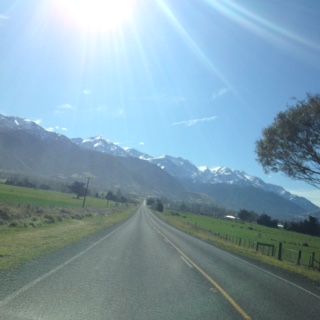 The mountainous backdrop to Kaikoura township.
This is one of my favourite areas of the country geographically with the sea and the mountains so close. It also gets extreme weather which isn't so good.

I love getting out and about in our country. There's so much to see and the views are always changing.
Next month we're heading to the North Island on a two week road trip. I'll try to take better photos. :)
What's the trick to taking reasonable pictures? Apart from asking the DB to stop the car when he's just overtaken an annoying driver!