Today we have a smooch from Stefanie London but first...

Can you please contact kandy (at) kandyshepherd (dot) com to receive your copy of Crown Prince's Chosen Bride
And now for today's Sunday Smooch from A DANGEROUSLY SEXY AFFAIR Stefanie's April 2016 release from Harlequin Blaze. 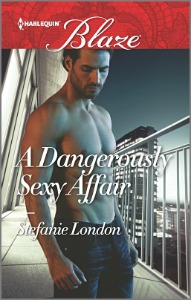 Quinn Dellinger is supposed to be having fun at an industry party for gamers. Instead, all she can think about is the promotion she just got passed over for at her security firm. Then she spots him. Tall? Check. Dark? Check. Dangerously sexy? Check. Hell, yes—this is the guy who’ll help her forget all her worries and give her one wickedly naughty night.

The next morning she discovers her one-night stand was the guy who took her job. Oh, hell no. But Aiden Odell is not just a security specialist, he’s ex-FBI, and Quinn is expected to work with him—very closely—on a major assignment. He may be tall, dark and dangerously sexy, but this is one game Quinn is determined to win…

Set up: This is a blaze book, so things get steamy quickly! Quinn and Aiden have slept together only to realize they're actually new colleagues who have to work a security case together.

Burning hunger flared across her face. A delicate flush rose up her neck, and her lips parted. Tempting as sin. Heat blazed in her hazel eyes, lighting up the flecks of gold and green in her irises. Frustration and anticipation, excitement and a hint of fear. All competing for dominance.

It was how she’d looked at him that night, as she’d taken his hand and followed him to his room. As she’d watched him lower himself down on her body, then latching his mouth on the sweet spot between her legs. Tasting her. Drowning in her.

“Quinn.” He tried to hold his response back and hide it from her. “Don’t look at me like that. If you do…”

“What?” she asked, the question echoing in his head, bouncing around.

“Do you want me to be honest?”

She blinked, eyes wide and black as an abyss. “Yes.”

The air snapped around them, filled with chaotic energy and magnetic desire. He took the folder from her hands, tossing it onto the HR manager’s desk.

She backed up against the filing cabinet, her chest rising and falling beneath the open motorcycle jacket. “And?”

“I wish you hadn’t snuck out that morning.” His training and practice slipped away; the skills he’d honed to be detached and impassive dissolving like a snowflake on his tongue. “I wasn’t finished with you.”

A whimper escaped her lips. “I had to go.”

“I know.” He slid a hand along her jaw until his fingers threaded into her hair. “But I’ve thought about you every day since then. I’ve imagined what else I want to do to you, what else I want you to do to me.”

Her teeth scraped along her lower lip as her palms came up to his chest, her fingers sliding along the fabric of his shirt and setting off sparks within him.

“Tell me to stop.” His forehead came down to rest on hers, his eyes squeezed shut. “Because I’m going to kiss you if you don’t.”

Use your words, Quinn. Say it, say something. Anything.
But she couldn’t. Trapped between the hard metal cabinet and Aiden’s even harder body, his hand wrapped around the base of her skull, she couldn’t convince herself to put a stop to it.

His warm breath fanned out across her cheek as he hovered, his lips so close to hers. Damn it. She wanted this kiss, wanted it like sleep at the end of a long day. She wanted to sink into him and let the world fade away until there was nothing but his tongue against hers. She wanted not to be terrified of feeling like this.

What happened to baby steps? It was supposed to be one night, spontaneous and risk-free and—

“Just say the word.” His lips brushed her cheek.

Her breath stuck in her throat and her heart pounded like a fist against her rib cage. Awareness ran through her, filling her with a delicious tingling.

“Quinn,” he breathed as his lips crushed down on hers.

The force of his kiss pressed her hard into the cabinet, the files rattling inside it as the handle dug into her back. But the glide of his tongue between her lips, the pressure of his hands and the warm, heady scent of him took everything else away. Robbing her of all experience but his kiss.

Her body responded immediately, an aching pulse gathering hot and tight in her sex. Fingers curling into his shirt, she clung to him with all the desperate, terrifying need she’d locked away for the past two years. But Aiden wasn’t going to take advantage of her like her ex; he wasn’t going to use sex to humiliate her.

Strong hands held her head in place as he explored her, taking and giving all at once. Memories of him swirled so vividly in her mind it was hard to tell what was real and what wasn’t. His pushed his thigh between her legs, parting her and pressing against the pulsing ache there. She gasped. 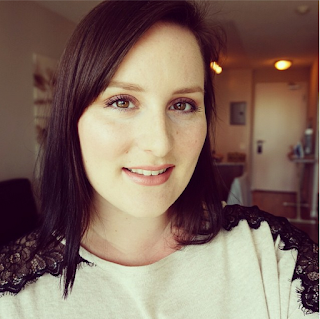 Have you ever had ended up working with someone you know from different area of your life?  Leave a comment to be in the running for a paperback copy of A DANGEROUSLY SEXY AFFAIR.

Come back next Sunday, when the winner of today's giveaway will be announced !
Posted by Unknown