I don't get to watch much television. With my writing, my day job, a husband, three horses, three dogs, two cats and an elderly parent (plus a sizable extended family), time often seems to be in short supply and if I do have any I generally prefer to read or spend as much time writing as I can. But there are a few shows I love....

- Big Bang Theory....I love the banter between the characters and it always makes me smile, much like Frasier or MASH have done in the past.

- Supernatural....okay, I'm a girl and a huge Dean Winchester fan. And because there's often a humorous element to the storylines, it really can't be taken all that seriously.

- Air Crash Investigation....yeah, I have a somewhat morbid curiosity about this show, but can't seem to help myself listen as they go through the clues to find out the how's and the why's of the crashes.

- Bold And The Beautiful....half an hour of tossing hair and deep sighs and cued pauses....what's not to love? But I don't get to see this much as it's on during the day, so I catch maybe one episode a week (and can still follow the storylines....go figure)

- Downtown Abbey.... I did watch this until they killed off poor Matthew Crawley...my heart it seems is forever broken and I haven't quite summoned the heart to try again. So it probably shouldn't be on the list, but I liked it enough to give it a plug.

Now,  a week ago I gave in to all the hype and peer pressure and watched the first two episodes of Game Of Thrones....then I made a teeny comment on Facebook and people came out of the woodwork to tell how wonderful it was. Alas, I didn't find it so. The murder, rape, incest, betrayal, animal mutilation....to name just a few things....well, they kind of disturbed me and I felt like I was having a minor panic attack the whole time I watched the show. I was on edge and uncomfortable for the entre duration. And yes, I've never been one for graphic violence - I'd much rather watch When Harry Met Sally than The Texas Chainsaw Massacre. And I read mostly contemporary romance or biographies, although I love Austen and devour any BBC adaption of any of her  books. Murder and mayhem aren't generally my cup of tea - unless is wrapped up in a Sci-Fi movie, al-la Terminator or Start Trek. But as a writer I am interested in plot and characters and storytelling. So I tried with this show. And failed in spectacular fashion. Much to the despair and outrage of several of my friends. I was looking for a hero in the two episodes I watched, and couldn't find one - someone redeemable - but he or she never came. And the violence put me off because it seemed unrelenting.

So, did I bail too soon after just two episodes? Probably. And since my husband just bought the first couple of seasons of Sons Of Anarchy, I think I'm about to do the same thing again. 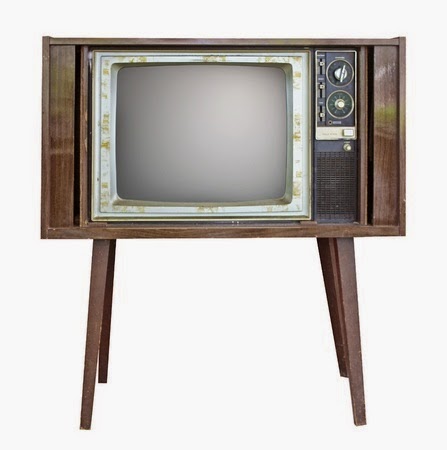 Have you ever bailed on a TV show or a book? Or walked out on a movie at the cinema?
Love to hear about it if you have.
Posted by Helen Lacey