Can you please contact any(at)amyandrews(dot)com to receive your copy of 'The Hero'.

And now for today's Sunday Smooch from Annie West's THE SULTAN'S HAREM BRIDE.

Sultan Asim of Jazeer has hundreds of women at his beck and call. So why does he want the only one who threatens to reveal his family’s shameful secrets?

Journalist Jacqui Fletcher jumped at the chance to write a history of the harem—not to become a sultan’s plaything! But it’s hard to remember her assignment when the sultan’s sensuous caresses spark a fire she’s never experienced before…

Asim is looking for a pliable princess for a marriage of duty. Brave, beautiful Jacqui couldn’t be more wrong for him. So why does holding her feel so right?


﻿﻿﻿﻿﻿﻿﻿﻿﻿﻿﻿﻿﻿﻿﻿﻿﻿﻿Ex-journalist Jacqui is living in Asim's royal palace, researching a book on the lives of women who once lived in the royal harem. Distrustful of journalists given the way they've treated his family and the current scandal surrounding his sister, Asim viewed her arrival with mistrust. But circumstances are such that he's had to accept her presence. He's been careful to keep a close eye on her. The trouble is he's begun to be far to attracted to this outsider. She's argumentative, stubborn and not at all like the charming, quiet, well-bred women he's interviewing as a possible bride. Now he's found her swimming half naked in his private courtyard. For weeks they've kept a careful distance, but now he's made the mistake of hauling her out of the pool, holding her close, insisting she call him by name, and his resolve falters.
﻿﻿
Almost-Smooch


His gaze fixed on her lips, pink and inviting.


‘Asim,’ she said finally in a throaty murmur that sounded more like invitation than capitulation and made his blood rush hot and hard.


‘That’s better.’ His voice was a low growl and he heard her gasp.


He wanted to hear her gasp like that while she lay beneath him and he took them both to Paradise.


Jacqueline Fletcher invaded his peace. Every day she visited his office to report progress. She was businesslike and brisk but those stunning slanted eyes would flare amber fire when something fascinated her. Then she’d forget her formality and her whole being would come alive with an enthusiasm Asim wanted to capture and taste.


Each day it grew harder to concentrate on her words or remember the need to be suspicious. He wanted to strip away her shapeless trousers and loose shirts and touch the pearly skin he remembered. His body tightened as he imagined her writhing in pleasure against him.
Except he was in the process of selecting a bride. He had no time for sexual diversions. Besides, honour dictated he shouldn’t seek a mistress and a wife at the same time.


His brain said that. His body refused to listen. It told him a few hours diversion was exactly what he needed.


Her teeth snagged on her bottom lip and he lifted one hand, pressing his thumb there, feeling her swift intake of breath.


Asim was tempted to demonstrate how much she wanted precisely this. It would be easy to kiss her till she surrendered. He’d carry her to a bed and relieve them both of the pressure that had built inexorably since the night he found her naked in the harem.


Whether it was the fact she pleaded, this prickly, opinionated woman, or the way she said his name, in a voice barely concealing distress, Asim felt a fist lodge in his chest. Reluctantly he opened his hands and stepped back.﻿
﻿
She looked up, those feline eyes gleaming with a slumberous heat that made a mockery of her protest and his caution. Then he read the tension in her mouth. She’d paled, the tiny smattering of freckles across her creamy skin standing out like blood on parchment.


‘I’m sorry I intruded.’ She ducked her head and spun away. ‘I should have realised you might want the pool.’


The fist in his chest twisted.


Alarmed, she stared back over her shoulder.


‘Don’t apologise.’ He breathed deep, filling the void in his lungs. ‘I don’t like it when you’re…meek.’ The words surprised him as much as her. He felt the shock of that admission reverberate through him, even as he saw it ripple across her face.
He didn’t approve of the way she argued with him, refusing to be silenced after he’d made a decision. It happened daily when she tried to wheedle access to records or palace staff or ancient pavilions that had been locked up as unsafe generations ago. Yet seeing her hesitant and downcast was like watching a bright light dim.

For long seconds their eyes locked. Long enough for him to notice that in the syrupy late afternoon light her eyes flashed with shards of old gold.


Slowly her mouth eased into a crooked smile.


‘In that case, Asim,’ she paused over his name as if savouring it, ‘I promise not to be meek with you again.’

She scooped up her towel and wrapped it around herself, hurrying towards her room. But her chin was up and her shoulders back and, despite his body's howl of protest at her departure, Asim found himself smiling.
﻿﻿﻿﻿﻿﻿﻿﻿﻿﻿﻿﻿ 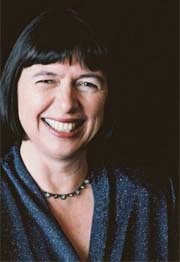 I spent my time writing this book, immersed (mentally) in a glorious old palace full of courtyard gardens, pools, colonnaded walkways, mosaic walls and secret rooms. There was a treasury full of precious things, royal archives, enormous kitchens so the chefs could produce enticing tidbits and amazing banquets and of course, wonderful private apartments with wide, canopied beds and sunken baths.

What do you think would be the best part about living in a royal palace?

Come back next Sunday, when the winner of today's giveaway will be announced and a smooch from Louisa George will be posted.