... the winner of last week's Sunday Smooch Giveaway is Lynlinwill.....


And now for today's Sunday Smooch from The Hero by Amy Andrews. 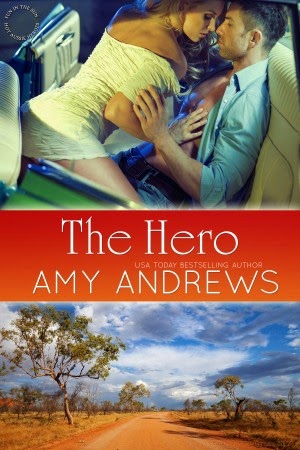 The darling of the Aussie small screen, Edwina Calloway, has always had a thing for her ex co-star the hunky Justin Wilde – even before he took off to Tinsel town and became a Hollywood heartthrob. And Justin always had a thing for her. Except she was married so neither of them ever crossed that line. But now Justin’s back in Oz to take part in a celebrity car rally with Edwina riding shotgun and she isn’t married anymore…

It seems the entire country is holding its breath for their much vaunted reunion. Can they survive a five day road trip, just the two of them alone in the car under intense media scrutiny without finally getting naked and doing the Wilde thing?

And if they can’t, what happens when Justin heads back to Hollywood?

The rally is spending the night at the world famous Dubbo Zoo. Edwina has left her iPad in the car and her and Justin go to retrieve it. It's a hot, outback night and they're only in their swimming costumes. What could possibly happen....?

The further they got away from the lodges, the more the night enveloped them and the quieter it became. Only the trilling of insects accompanied them as they followed the path.


They were at the Monaro in under a minute. Justin opened the door for her and after a short hunt around she retrieved her iPad, which had fallen down beside her seat. “Got it,” she said, raising it triumphantly as she backed out and turned around, practically running straight into Justin who was still standing there.


“Oh, sorry,” she said, taking a step back, bumping against the car.
“No need to apologise,” he murmured, “I shouldn’t have been standing so close.”
The area was quite well lit, but they were on the shadowed side of the car and at the very outer edge, a garden bed of manicured bushes next to them. His gaze was hooded, unreadable. But she could feel it on her skin.
Hot and hungry.
Her heart beat a little faster. They were out here all alone, away from prying eyes. Her gaze dropped to his smooth chest. “You wax now.”
She didn’t know why she said it. She should have said something like back off, buddy, anything to diffuse the slow, steady burn between them. But 'you wax now' had just popped out of her mouth.
“Just for my last role. Too much of a wimp to keep it up.”
Edwina nodded absently, not really hearing him as she lifted her hand and lay her palm flat against a smooth pec like she’d wanted to earlier.
His harsh indrawn breath seemed loud in the night.
“Smooth,” she said, trailing her hand down his ribs to the flatness of his belly, her index finger travelling the path of his non-existent happy trail to as far as his boardies allowed it.
His muscles quivered under her touch.
“Ed,” he groaned. “Have a heart.”
Edwina looked up into his shadowed face, his brows were drawn together, his jaw tense. God. What was she doing? She dropped her hand. “I’m sorry... I shouldn’t have done that. I don’t know what came over me.”
“I do,” he muttered.
She raised her hand to his chest again, trying to get him to step back this time. He was so close - too close - the long lean line of him and his wild chlorine smell playing havoc with her senses.
“Back up,” she murmured when he refused to budge.
“No,” he said, his voice rough, almost like he was in pain. “I’m sorry, Ed, I just don’t want to anymore.”
And then his hand was sliding onto her cheek and his head was swooping down and his mouth landed, hot and fast, on hers, drowning her in a heady flood of lust and chlorine.
Edwina gasped, no plans to do anything other than hang on and go with him. His body followed his mouth, getting up close and personal, his hands landing on her butt, ripping the towel off her waist as he yanked her against him, his chest squashing her breasts, her nipples hardening into stiff aching points.
This wasn’t like any kiss they’d had in the past. No one was watching and there was no one to care and it combusted under the pressure of too many years of yearning.

The Hero is out on the 23rd of January so I do hope everyone will drop by Amazon and pick one up. It's only 99c for the first 2 days!
In the meantime you have a chance to win a free copy if you leave a comment on this question - ever been on a car rally or some other large group charity event? What's your favourite charity and do you give regularly or do you believe in doing good deeds closer to home? 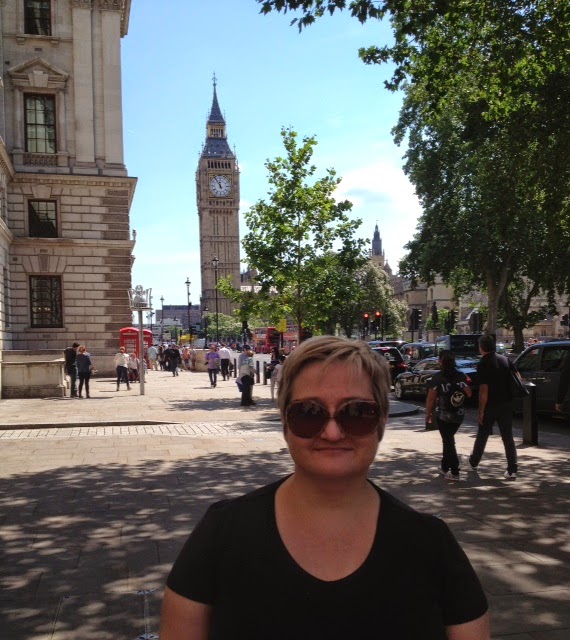