Three assumptions that make me grit my teeth... 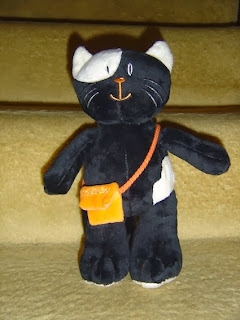 A few weeks ago I was interviewed by a journalist and one of the questions she asked me was, “What cliché about romances would you most like to dispel? (or something to that effect. I’m paraphrasing here). I replied (and again I’m paraphrasing) that I thought clichés about romance novels were old-fashioned and out-dated and people had moved beyond them.

Did I say this because I believe it?

Hmm…not completely. I do think it holds true in some circles, but not all. It’s like ripples in a pond, though. Those circles are ever increasing and will eventually encompass all.

If the truth be told, I said it because my mind went blank. There’s a reason I’m a writer rather than a speaker. ;-) But it started me thinking about the clichéd assumptions surrounding romance novels that do get up my nose.

And these are my top three:

1. Romances are formulaic and poorly written

Look no one is silly enough to say every romance novel ever written is a work of art. Just as they’re not silly enough to claim the same for every literary novel ever written. That’s just unrealistic. There’re a lot of novels in the world and they cover the entire spectrum from work of art through to drivel. So, yes, some romance novels are poorly written. Be assured, though, that some are works of art.

I’m now going to say something rather shocking. Romance novels are formulaic. What I want to know, however, is when did the word, and the idea of, formula get such a bad wrap? When did it become associated with all things evil and negative?

Somewhere along the line formula came to imply that something was easy. Therefore, writing romance novels must be easy. And if something is easy—or perceived as easy—the assumption is it has little value. Easy? Ha! Shall I tell you what my formula consists of?
* My story must focus on the developing relationship between my hero and heroine.
* My story must end happily
* I write Sweet Romances for Mills & Boon so any love scenes must not be explicitly described.
* The story must be roughly 50,000 words long.
* My hero and heroine must be sympathetic

Those are the rules I follow when writing a romance novel. I can defend each and every one of them if challenged. I follow rules just as poets who write sonnets or haiku follow rules. Just as dramatists writing tragedies follow rules. Just as an essay, a book review and an investigative piece of journalism follows rules. If you think a formula makes the writing easy, go ahead and try it and then come back and tell me what you’ve discovered.

I’ve run out of room to address those other two pieces of nonsense that make me grind my teeth. Maybe I’ll talk about them next month. :-)

In retrospect, I don’t regret the answer I gave to the journalist. Journalists hate two things—being accused of getting their facts wrong, and being old-hat and out of touch. Quite frankly, these clichés are passé and antiquated (and just plain wrong). The more people in the big wide world who are aware of that, the better.

What about you—what clichés about romance novels and readers make you want to scream?