Fish (or pig) Out of Water

On my evening walk with the pooch tonight I saw both the cutest and saddest sight. Rather than me describe it, I'll show you the very bad picture I took. Can you make out what it is? 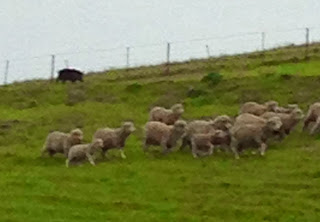 I first noticed a flock of sheep moving together into the corner of a paddock. And then I saw the brown thing trotting towards them and thought what a porky little dog it was.

And then I stopped in my tracks. 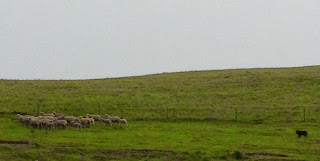 And it got me thinking about one of my favorite romance tropes - Fish Out of Water. I LOVE a story about someone in a situation that's completely foreign to them - the businessman visiting the girl on the cattle ranch, the corporate woman who has to do community service and falls for the guy working in the soup kitchen. 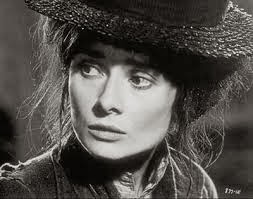 There are some great Fish Out of Water heroes and heroines, too. Eliza Doolittle in "My Fair Lady" is the first heroine that springs to mind. I loved the way she struggled and ultimately triumphed in a world that was so foreign to her. And heroes? I happen to be writing a Fish Out of Water hero right now. He's a tatooed, mortorcycle riding private detective specialising in philandering spouses and he has to take over his parents' Wedding Hall business...

Do you have any favourite Fish out of Water stories?
Posted by Unknown