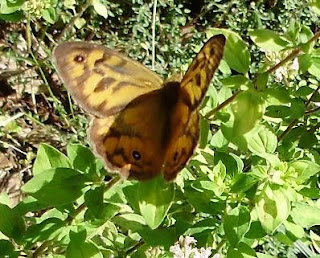 
It’s nearly the end of the “Season of Butterflies”! Over the past couple of weeks these beautiful, delicate creatures have been everywhere and a walk across our grassy paddock produces a gorgeous, unchoreographed aerial ballet. 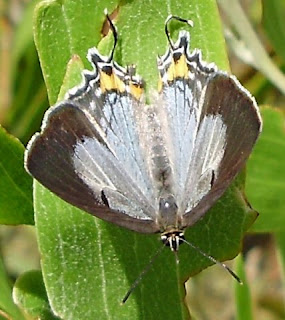 up in Halls Gap in Western Victoria where the Season of Butterflies is called ballambar. It’s early summer and runs loosely from the middle of November until the end of January.

The indigenous people of Gariwerd use nature to determine six seasons rather than having them set by calendar dates and to do this, they observe the behaviour of plants and animals as well as climate. 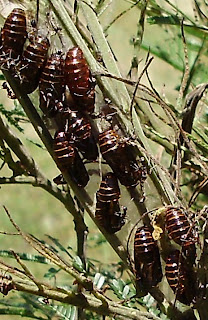 ow if the name, ballambar, can be applied to the part of Victoria where I live but it’s definitely the season of butterflies here.

We found a small wattle tree with an odd collection of rather unattractive pupae. By keeping a watch on them, I caught them as the butterflies were starting to emerge and took some photographs. I couldn't find the name of the butterfly but it's the lovely pale blue creature above with its striking tail markings.


So are there any seasonal indicators that you're particularly aware of? How did you learn about them? Is it something you noticed yourself, something you read about or something that's been passed on to you by someone else?
Posted by Sharon Archer