Yesterday, January 26, was Australia Day and I really wanted to go to the beach. There are many wonderful things about living in Australia, and I count our beaches among them.

However in my part of Down Under, summer has been erratic to say the least—sweltering days followed by torrential rain (hurray, dampening the bushfires!) followed by hot, sticky weather then more drizzly weather, then more violent storms.

Australia Day dawned bright and sunny and perfect. My husband and I had decided to spend the day together and go for lunch at a wonderful beachside café and then a swim at a Sydney beach.

This is what we found as we walked down to the sand.

So no swimming. The week before at another beach we’d been stymied by excess seaweed brought in by storms and huge seas.

I worked all the way through Christmas and New Year to meet a book deadline. When I’m writing I never watch television, as there’s simply no time. So I decided the erratic summer weather with all the storms called for some binge TV watching.

I recently subscribed to an Australian streaming service. First up use was the Christmas special of Sherlock, “The Abominable Bride” which I loved.

Sherlock, with Benedict Cumberbatch and Martin Freeman, is an addiction in this family, we have all the series on DVD. On our visit to London last year, when I was meeting with my Harlequin Mills & Boon editors, my husband was making a pilgrimage to Speedy’s café which is important in the series. Then he went to the Sherlock Holmes museum at 221 Baker Street. One of the things I enjoy about the modern day Sherlock Holmes is the way they adapt the original Arthur Conan Doyle books.


I’m a big Benedict Cumberbatch fan so then caught up with The Imitation Game (I don’t get to see many movies at deadline times either) which was incredibly good. Now I want to read the book on which the movie was made.

It wasn’t until the Golden Globe nominations that I realised Mozart in the Jungle was not about bringing classical music to tribes-people in the Amazon or Africa but about the lives and loves of classical musicians in the urban jungle of New York.

One episode and I was totally hooked and watched the entire two series. It’s full of romance and drama and of course the music is wonderful. I was so entranced by the series, I downloaded the book upon which it is based to discover it was nothing like the show.

I’ve just discovered British crime drama Vera and am loving the gritty, superbly acted stories about a middle aged, grumpy female detective chief inspector played by Brenda Blethyn. Her offsider Joe is played by the very handsome David Leon (definitely romance novel hero inspiration!) The series is based on novels by author Ann Cleeves. Of course now I’ve ordered the first book in the series and hoping to have discovered a new author.

It seems it’s easier to get a TV series based on a crime novel than on a
romance novel. The notable exceptions being Highlander and Poldark both of which I adore.

What about you? Do you have a favourite TV show based on a book—or vice versa? Any surprises or disappointments? Any to recommend?

Leave a comment to be put in the draw for an advance copy of my March 2016 release from Harlequin Romance Crown Prince’s Chosen Bride. 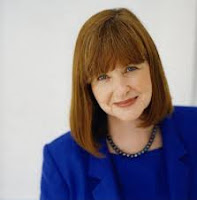