Today we have a smooch from Louise Cusack ___ but first


... the winner of last week's Sunday Smooch is Sharlene!

Sharlene contact Amy at amy (at) amyandrews (dot) com (dot) au (without the spaces) to receive your prize.

And now for today's Sunday Smooch from Louise Cusack........


Paid by wives to sleep with their husbands. Love is not in the contract...


Jill Wilson is fresh out of a ten-year relationship so boring she slept through half of it. Thirty- 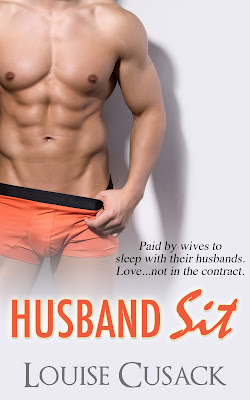 something, no children, no house, blah. The glamorous potential she and her three best friends shared as starry-eyed schoolgirls feels very far away, until an unlikely job appears – Husband Sitting – being paid by rich wives to keep their cheating husbands ‘happy’ at home while they skip off on vacation.


Not the sort of job a nice girl would do, but the ten grand a week paycheck is exactly what Jill needs to stop her little sister ending up in a Bangkok jail. And maybe, just maybe, the sex sounds exciting too. Unfortunately, there’s one complication: gorgeous Finn with his sexy green eyes and his gigantor… you know.


Love was definitely not in the contract, so in desperation to wipe Finn from her memory banks, Jill embarks on a bed-hopping frenzy. After all, the best way to get over one man is to sleep with another. But will Finn let her go? And as her emotional baggage arrives with an over-weight tag, can she believe in the fairytale of imperfect people ending up perfect together?


WARNING: This book has some serious raunchiness, and not all of it with the hero (who’s understandably pissed about that). So if you’re uncomfortable with adult women exploring their sexuality and having messed up hot sex before they fall in love, you might want to put your hands up and step away from the erotica…

“Was it good?” Finn demanded.

It was spectacular, but I wasn’t telling him that. Unfortunately, the delay between his question and my response was too long, and by the time I was stammering, “Well it was quick, and—”


“Good? It was really good? And you loved that as well? Along with the whipping which you adored?”


He looked angry now, but there was a resignation with it that didn’t bode well. Then he shook his head. “What was I thinking?” Before I could answer, he went on with, “You don’t want hot sex with me. I’m the charity case—”


He grabbed my shoulders and pulled me into a hard kiss that instantly woke my girl bits into happy little clutches of joy. I dropped my handbag and wound my arms around his neck, grinding my abraded breasts against his chest as I kissed him back, wet and needy, my tongue laving his, wanting to push him over the edge.


Wanting him to take me where I stood, actually.


But I knew that wouldn’t happen in an airport bar. So we kissed on and on, and my face felt hot, my ears buzzing so much I thought I’d faint. And then I heard a repetitive beeping, and was completely disoriented when he pulled away from me. Cold air swept down my front and I watched on helplessly as he pulled a phone out of his jeans, swiped the screen and put it up to his ear.


His gaze returned to me. “Hello?” He sounded husky and impossibly sexy.


A shrill voice came through the speaker and a sense of inevitability washed over me. It was Katinka. She was pulling on the leash, and he would go home. He’d kissed me like he meant it but that didn’t matter. What Katinka wanted, she got. She wanted Finn. She’d get him. If he’d stuck with her this long while she’d cheated on him, he was hardly likely to give her up for a girl who slept with husbands.


“I’m at the airport,” he said. “Picking up an old client. I won’t be long. I just have to get them to a hotel and make sure they don’t need anything.”


None of it was a lie, but his wife would imagine he was still at Surfers Paradise, driving some old man to the Hilton and making sure he had the room service number.


“Are you coming home?” he asked her, still staring at me. “We have to talk.”


I closed my eyes and wanted to be anywhere but standing in front of him listening to this. It was embarrassing. Which was odd. I slept with husbands for a living. But the idea that the couple beside us would think I was a mistress about to be abandoned was humiliating.


I had to get away before his I need to save my marriage speech started, so I reached down and picked up my handbag. 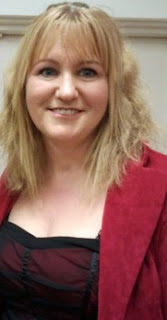 Leave a comment to the following question and go into the draw to receive an eCopy of Husband Sit.

Have you ever hidden something from your girlfriends because you thought they wouldn’t approve? What was it?