My holiday by Michelle Douglas

I’m channelling my primary school years in the above title. Did you have to do that—write a story about what you did in the summer holidays?

This year Mr Douglas and I road-tripped to Melbourne (from Newcastle in NSW) for Christmas, and I’ve found myself meditating on a multitude of miscellaneous musings ever since. In no particular order…

#1: According to Google Maps, to get from my suburb in Newcastle to North Croydon in Melbourne the distance is 1,012kms and takes 10 h 23 mins. This started me wondering what the equivalent would be in other parts of the world? In England, Dover to Inverness (in Scotland) is 1054km and takes 10 h 52 mins. The trip from Paris to Florence is 1,152km and would take 11 h 9 mins. New York City to Chicago is 1270km and would take 11 h 52 mins. 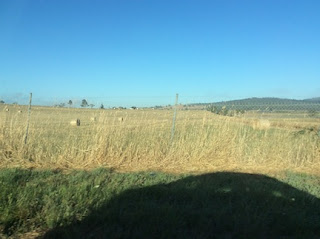 …and in case you ever need to know. A large round hay bale like one of these will cost you roughly $85 (in Yarra Glen in December).

#2: We had an overnight stop at the tiny town of Glenrowan. This is Ned Kelly country. Ned Kelly being, of course, Australia’s most celebrated bushranger. We checked out the sites of Ned’s last stand and then ambled to the pub for dinner. However, Tuesdays happens to be “10 Dishes For $10” night. This basically meant we met all of Glenrowan. :) What I really loved about the town, though, was that the corner shop had a notice from the Fire Brigade asking that those who wanted a Santa visit on Christmas Eve to jot their address down on the form below. How cute is that? 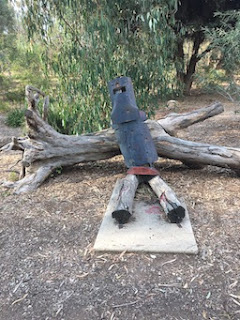 #4: Little children featured in our Christmas. I thought they were 10, 4 and 2. When we arrived I discovered they were 8, 3 and 1 (oops). I was worried about how I might entertain them. The eight year old ignored me completely—Lego, apparently, is far more interesting than an adult. I spent over an hour with the three-year-old counting her brand new glittery hair clips as she placed them in her brand new ballerina jewel box, and then tipping them out and starting over. And it’s amazing how much fun a one-year-old can have when you throw a blanket over their head, and then catch them as they run. It’s also amazing how long they can keep it up! ;-)

# 5: Staying in a quirky hotel is an excellent experience. We were upgraded to the Windsor Suite because, well, Christmas. :-) 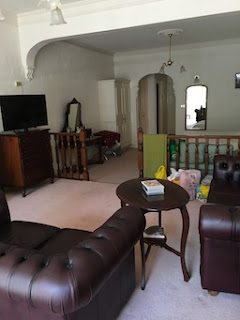 We had a spa bath as big as a pool! I could very easily make a Christmas night spa an annual event. ;-) 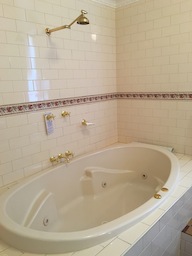 So tell me, do you like venturing forth on a road trip or is it your idea of hell? Maybe you have a fun holiday story or two to share with us? Whatever you did over the Christmas break, I hope it was fun and fabulous.