Today we have a smooch from  Helen Lacey___ but first


Can you please contact Amy Andrews on amy (at) amyandrews  (dot) com (dot) au to receive your copy of It Happened One Night Shift ........


And now for today's Sunday Smooch from Claiming His Brother's Baby by Helen Lacey........ 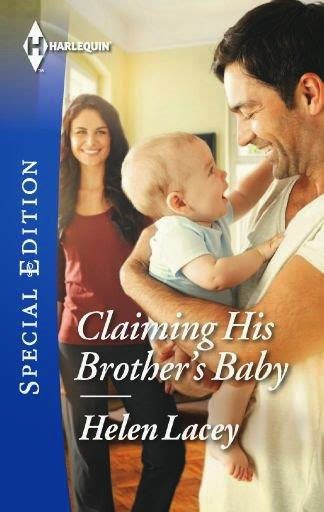 
Scene set-up [Cassie and Tanner have just returned home from being out together, and where she learned some of the truth about his brother. Now they are back home and the baby is sleep, she is demanding answers to her questions....]


“Is Oliver settled?” he asked from the doorway.


“Yes.” She remained standing, arms crossed, chin raised. “Did you find out about what Doug had done with Leah before or after he stole your inheritance?”


Straight to the point. A trait of hers he’d come to recognize. “After. Before. It was all around the same time.”


Her gaze narrowed. “So, he stole your money and your girlfriend and got her pregnant?”


She dropped down onto the love seat in the corner. “I think I need to throw up.”


Tanner moved into the room and stood behind the sofa. “It was a long time ago.”


“Which doesn’t change how utterly despicable it was.”


“No,” he said. “But time does alter perspective on things.”


She shook her head and stared at him. “So you simply forgive and forget and move on?”


“Or get bogged down with anger and resentment,” he replied. “And that’s no way to live.”


She twisted her hands in her lap. “I feel like…I feel like I suddenly know nothing of the man I knew, the man who fathered my son. The man you describe…he’s a stranger. He’s a cold, unfeeling stranger who did whatever he wanted and didn’t care who got hurt in the process.”


“Then don’t remember him that way,” Tanner said and came around the sofa. “Remember him as the man who made you laugh. The man you loved.”


“How can I?” she implored. “I’d be living a lie. How could I love a man who did such things? That would make me…pathetic.”


She jumped to her feet. “Stop that. Stop making excuses…for Doug…for me. Stop being so forgiving and get mad at him!”


The passion in her voice shifted the mood in the room on some kind of invisible axis. Tanner stared at her, wholly aware of her in a deep, soul wrenching way. She was angry and confused and he watched as her rage gathered momentum. He knew that about her. He knew she was passionate and spirited and not the quiet wallflower his brother had often described. Around him she was fiery and full of life. She was combative and argumentative and stirred his blood and libido. And he wanted her. In his arms. In his bed. In his life.


Suddenly she was in front of him, hands on hips, her cheeks ablaze, chest heaving as she drew in large gulps of air. Heat swirled between them and without thinking he grasped her shoulders and pulled her close. Her arms dropped and then she was against him, breast to chest. And he claimed her lips. Like he’d done when they were thirteen. Like he’d imagined a thousand times since.


And she kissed him back. She opened her mouth and let him inside. She wound her tongue around his and groaned low in her throat when his hands moved down her arms and settled around her back, drawing her closer. There was heat and passion and urgency in the kiss. And it went on and on. He didn’t stop. She didn’t pull away. Her hands were on his shoulders and she sighed against his mouth in complete and utter surrender.


And in that moment Tanner knew he was done for.


And there was no going back. Nowhere to run. No part of his mind or body that could conceal what he’d tried so hard to deny for so long.


“Cassandra…” He whispered her full name against her lips. “Let me stay tonight. I want to make love to you so much.”


And that’s when she froze. 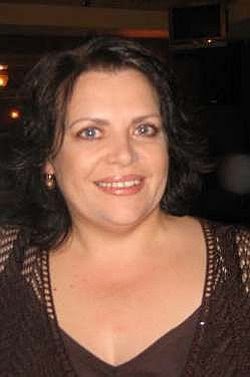 Cowboy or CEO? Who's your favourite?

Leave a comment to go into the draw to win a signed copy of Claiming His Brother's Baby.