Today we have a smooch from Jennie Jones ___ but first winner of last week's Sunday Smooch Giveaway is Jeannie.....


Can you please contact Louisa George  on louisageorgeauthor (at) gmail (dot) com to receive your copy of A Baby On her Christmas List.........


And now for today's Sunday Smooch from The House At the Bottom Of The Hill by Jennie Jones........


From the best-selling author of House on Burra Burra Lane, comes a brand-new story about 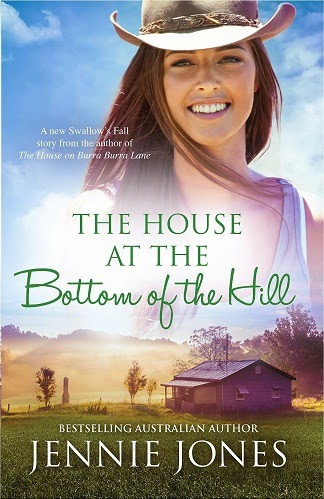 opposites, attraction, an outback pub, and a pink house...


The mysterious death of her mother has left Charlotte Simmons on edge and off-balance for too long. Searching for the truth, Charlotte buys a Bed & Breakfast establishment in Swallow’s Falls, a small town in Australia’s Snowy Mountains, as a ploy to get close to the man who might have the answers. She’ll jazz up the old place, flip it, get her answers, and be gone in two months – max.


What she doesn’t count on is opposition from the dogmatic and slightly eccentric members of the town council. And the hotshot owner of Kookaburra’s Bar & Grill and his two-hundred-squats-a-day physique is simply poking his handsome nose in when he offers to act as mediator between Charlotte and the council.
Easy-going Daniel Bradford knows progress is slow in Swallow’s Fall. He’s finally about to put his plans into place to upgrade the hotel when a prim-and-proper, citified redhead blows into town, putting everyone on edge. The only way to contain the trouble she’s about to cause is to stay close – he knows trouble when he sees it, and soon it becomes very clear that there’s absolutely nothing containable about Charlotte, or the way he feels about her


Scene set-up - [ The previous night, Charlotte had a few after-closing-time drinks with Dan in his bar, attempting to drown her sorrows. He took her home, took care of her and tucked her up in bed. This morning, Charlotte needs to apologise to Dan because if she doesn’t appear to be getting along with him, her plans will fall apart. Dan’s concerns about Charlotte have heightened with the mysterious things he’s discovering about her past, and after last night, he’s beginning to realise just how much ‘care’ he wants to give her.]


‘Sorry.’
She was trying her utmost to appear her usual flippant self but it wasn’t working. Not today. ‘I said come over here. I want to hear that apology again.’ He gave her a serious frown. ‘Do you have any idea how much trouble you could have got into? Could have got me into? Our reputations are at stake.’
She stepped forwards as though in a rush, then stopped as the door closed behind her with a clunk. ‘I’m very sorry.’
‘It’s okay,’ he said. ‘I was joking. Just want a closer look at your bloodshot eyes.’
Her resolve fired up, the clear whites of her eyes shining against the pupils. Ready to run or fight. Dan folded the hotel plans and tucked them beneath the bar. When had he begun to read her so well?
‘I’m still joking, Charlotte. Come on over here.’ He beckoned her. She took a step and stopped again. ‘Right up here.’
She walked to the bar, stopped in front of him and pulled in a breath. ‘I suppose there’s a pay off?’
‘Yeah.’
‘All right then.’ She wiggled her fingers at him. ‘I’m ready. Give.’
Cute, but was she really ready? Dan smiled as the adrenaline inside him rose at the expectation of what was to come – the heightened moment before a fight or a tackle, when the hairs on the back of his neck stood up and his blood pumped faster.
‘I can take it,’ she said. ‘Don’t hold back.’
‘Okay, I won’t.’ He leaned forwards, took hold of her under her arms, pulled her over the bar and hit her mouth with his.
Her hands slapped on the counter to steady herself and suddenly the bar was too wide for him, too much of a barrier. She was braced on it, her waist against it, her feet off the ground but she made no attempt to move from his kiss. He pressed his mouth on hers, prising her lips apart. Holy Jesus, he was kissing Red. She tilted her head, giving him a better opportunity to taste her. Firecracker Charlotte had her tongue against his, soft and gentle, but probing nonetheless, and she wouldn’t get an iota of an argument about it from him. He hadn’t felt sparks like this in – not ever. Electric sparks in his fingers, on his lips, running down the back of his legs.
He broke from the kiss and let her down. She slid to her side of the bar, holding onto it, but she didn’t lose his gaze. What would she do now? He straightened and put both hands on the counter. What would he do now?
‘Well,’ she said, unblinking, looking as though he’d sent a volley of flaming arrows her way. ‘Some pay off.’
‘What’s that supposed to mean?’
‘I’m not sure.’
Neither was he – of anything except the current still washing through him. He made his way around the bar.
‘What are you doing?’
He didn’t exactly know, but it was going to involve her mouth. 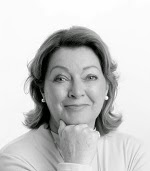 To go into the draw to win an eCopy of The House At The Bottom Of The Hill please leave a comment to this question....


What’s your favourite cocktail? Or can you make one up?
Come back next Sunday, when the winner of today's giveaway will be announced and another smooch will be posted!