Today we have a smooch from Melanie Milburne ---- but first


Can you please contact Amy Andrews on amy(at)amyandrews  (dot) com (dot) au to receive your copy of Risky Business .........


And now for today's Sunday Smooch from At No Man's Command by Melanie Milburne ........

The shock engagement of the century! 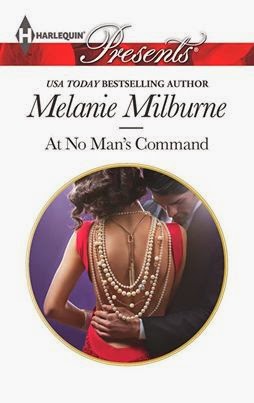 It looks like our favorite tearaway, the notorious Aiesha Adams, is trying to change her spots. Inside sources have revealed that not only is she currently holed up in the Scottish countryside with the gorgeous aristocrat James Challender, but the pair are secretly engaged!


We've always had a soft spot for Aiesha, and with rumors of her unhappy childhood trailing her footsteps wherever she goes, we knew her wild streak hid something more. But we thought Aiesha and James were sworn enemies...perhaps when there are fireworks outside the bedroom, the sparks are just too impossible to resist!

Scene set-up [Aiesha Adams is a deeply flawed young woman whose tragic past is still influencing her actions in the present. A former street kid, she is now a Vegas lounge singer who keeps attracting scandal no matter what she does to try and avoid it.

There was another thing I wanted to switch around. Instead of being a hardened playboy, well to do bred, highly educated James Challender is uptight. Even a little repressed, which is why the wild and willful and unpredictable Aiesha is such a threat to him!]

Aiesha lazily stroked her fingertip over the thick and neatly aligned Windsor knot of his tie, close to where a pulse was beating like a piston in his tanned and cologne-scented neck. She breathed in lemon and lime and something else that was elusive and yet potently addictive. ‘What are you afraid of, posh boy?’ Her fingers slipped down from the knot to play with the end of his tie like a mean cat does with a mouse’s tail. ‘That this time around I might prove to be irresistible?’

She heard his jaw lock. Heard his teeth grind. Saw his pupils flare as his eyes flicked to her mouth for a nanosecond.

‘I can resist you.’ His voice was so deep and so husky it sounded as if it had been scraped along a rough surface and only just survived the journey.

Aiesha looked at the dark pinpricks of regrowth surrounding his mouth and chin. He had a strong, uncompromising mouth, his top lip neatly sculpted, but his lower lip was fuller, rich with sensual promise. Something unfurled deep and low inside her belly, like a satin ribbon running away from its spool… 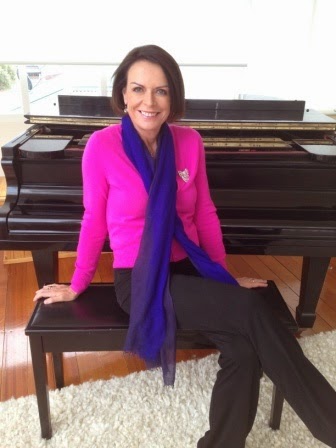 How bad is too bad for a heroine?  Are there any traits or past sins you would not forgive her for? I would love to hear your opinion! A signed copy of AT NO MAN’S COMMAND is up for grabs for one commenter!

Come back next Sunday, when the winner of today's giveaway will be announced and a smooch from His Irresistable Protector by Michelle Douglas will be posted!