Today we have a smooch from  Ella Carey ---- but first

Can you please contact Annie West on annie (at) annie-west  (dot) com to receive your ecopy of Back In The Billionaire's Bed.........

And now for today's Sunday Smooch from The Paris Time Capsule by Ella Carey........ 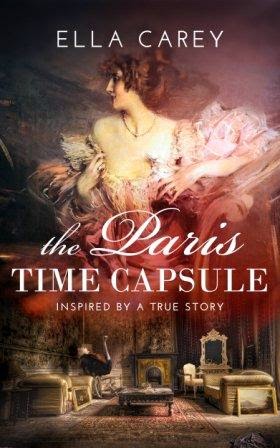 In 2010, New York photographer Cat Jordan fights against her difficult past. But when a stranger dies in Paris, Cat finds herself the sole inheritor of an apartment in the ninth arrondissement that has been abandoned for seventy years since its mysterious owner, Madame de Florian, fled on the eve of the Nazi invasion in 1940.

A stash of love letters belonging to the owner’s grandmother, the infamous Belle Epoque courtesan Marthe de Florian, and the appearance of the beautiful and mysterious Isabelle de Florian’s grandson, Loic Archer, leads Cat in search of the reasons why Isabelle kept her Paris apartment a secret until her death, and why she left her entire estate to Cat.

As Cat unravels the story, she too embarks on her own journey, realizing that the secrets in the apartment may finally unlock the future…

Scene set-up- [Cat and Loic find themselves with a free day in the gorgeous market town of Sarlat, France. They are unable to locate their lead, and spend the day wandering around the charming markets. Afterwards, Loic insists on taking Cat out to one of the local restaurants. But Cat becomes swept away …]

Loic called for the bill, sat back in his chair. Didn’t say anything while they waited. When he had signed, and they had put on their jackets, he held the door open for Cat and she shivered, as the cold night air hit them. Loic took off his coat, laid it over her shoulders. Cat took it. It seemed churlish not to accept.

But as they walked down the street, he caught at her hand, stopped her, just on the edge of a pool of light, shimmering from the elegant street lamp onto the pavement.

‘Cat,’ he said, gently lifting her chin with his thumb and forefinger. Then he bent down, his lips resting on hers with the lightest of touches.

Cat shook her head, ‘No,’ she whispered, but as his lips touched hers, her entire being shot into life.  For a few moments, she gave into it, kissed him back, her hands wanting to run up and through his hair, to hold him, just as he was holding her around her waist.

It took every last reserve that she had to step back. ‘That’s unfair, Loic,’ she said, but her voice was husked, almost sounding like something that she had never heard before. Like someone else’s voice.

Loic was breathing hard. His eyes, intense, were on her. ‘Stay with me in France,’ he said. ‘Start up your own studio here. Sell those beautiful photographs of yours, take commissions that interest you, Cat. Collaborate with people who write coffee table books. Whatever it takes, I’d support you.’

Cat forced herself to take another step back, couldn’t look into his eyes. It was clear what she would see there. If she looked, she would never turn away again. 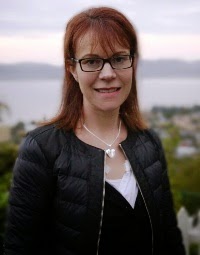 To go into the draw to win a signed copy of ‘The Paris Time Capsule,’ please leave an answer to this question: What is the most romantic place that you have ever visited?

Come back next Sunday, when the winner of today's giveaway will be announced and a smooch from the fabulous Sue Mackay will be posted!