Today we have a very special guest, Dakota Harrison.  Dakota's new release, Exhale, is available now, and her second release, Breathless will be available in October 2013. 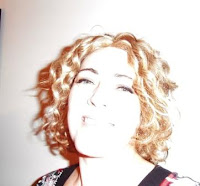 Hi Rachel, and thanks for having me here with the LoveCats! Today I'm interviewing my hero, a surgeon named Takeshi, currently living in Seattle, to see what makes him tick.

Dakota:    Good morning, Taka. So, to get things started, tell the readers a little about yourself.
Taka:        How are you this morning, Dakota? Well, I was born in Tokyo; spent my teen years in Australia; and went to college in the US – and never left. I'm a surgeon at the Seattle Memorial Hospital.

Dakota:    I'm great. Happy to be here in Seattle. Why did you choose college in the US? What made you make the decision to leave your family in Australia once you’d finally got settled?
Taka:        *crosses his ankle over his knee* The Med courses were what tipped my decision. The degrees on offer in Australia are fantastic, but the type of surgery I wanted to do, I needed to be at a training hospital that specialized in that area. I was lucky enough to be offered a fellowship position working under the best cardio-thoracic surgeon in the States. Matt’s doing great too.

Dakota:    Speaking of Matt, how’s Gabby?
Taka:        She’s doing really well. Tired, but that’s to be expected. Did she tell you we’re having twins?

Dakota:    Twins!! No! That’s wonderful. The wedding was lovely. Your vows in particular were inspiring. You made me cry!
Taka:        *blushing* Ah, thanks. Yeah, Gabby had no idea what I’d written. I wanted to get it right, you know? We waited so long… I got in huge trouble for making her cry, too. Ruined make-up, and all that. Matt’s being a major pain in the rear, though.

Dakota:    I can see him doing that. Tell me, for the reader’s sake, what did make you wait so long? How did you know it would all work out in the end?
Taka:        *suddenly serious* I didn’t. I tried – really hard, too – to forget her. It didn’t work. I just couldn’t get her out of my head. When I called a girl ‘Gabby’ in a really compromising situation, I realized that I should just give in and go with it. I'm glad I did.

Dakota:    So are we! Changing the subject a little here, your ties with the Yakuza. Do you  have much to do with that anymore?
Taka:        *shrugs* Not really. It’s my uncle, not Dad, who is Oyobun. Dad took us to rural Australia to get away from it all when my aunt was killed. Dad didn’t want any part of it from the beginning. It was hard to leave though, until Grandfather passed away. 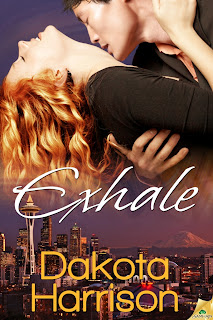 Dakota:    *slaps at him with the notebook* Flirt.

~Exhale~
Takeshi is finishing up a brutal double shift in the ER when a familiar—and bloody—face erases all thought of heading home. The broken body of the woman fighting for her life belongs to Gabby, his best friend’s mother. A woman he's loved since he turned nineteen, when he foolishly declared his love for her.
She’s not dying today. Not on his watch. And not with a promise left unfulfilled.
Gabby has never forgotten the taste of the kiss Taka gave her under the mistletoe all those years ago. Or the silly promise that surely by now he’s forgotten. She’s wrong. Taka remembers. And she melts as he uses every trick in his highly trained surgeon’s hands to heal her—and rekindle the heat between them.
But there’s a secret lurking in Gabby’s past. And when it follows her all the way to Seattle, it threatens to drag the one man she loves into the nightmare she thought she’d left behind.