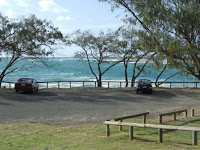 I am fortunate enough to live on the east coast of Australia, in a small town which sits at the most southern point of the Great Barrier Reef. With about 800 residents, it really is a little bit or paradise, with walking pathways and a couple of fabulous beaches. Once afternoon last week my husband and I decided to have a walk on the main beach. It was busy for a weekday afternoon and since it was high tide, the sand was a much narrower strip than usual. We started walking, shoes off, of course, and spotted a large group of twenty-something young men playing a ball game. We stopped and watched for a moment, careful not to get hit in the head from a stray ball. The players had pitched goal posts at each end of their game and had pushed unusual looking ‘sticks’ into the sand about two metres apart. My husband, always curious, asked one of the young men what the sticks were called.
“They’re Hurrrrrrlaayin sticks,” he said.


Huh?
We looked at one another and asked him again.


“For hurrrrrrlaayin,” he said in a thick Irish brogue.
Never heard of it. It took a few minutes to work out he was saying Hurling. And Hurling, he told us, is a sport where players hold this funny shaped stick and hurl a ball around a field at a very fast pace. We moved on and my husband took his iPhone and Googled the word Hurling. And yes, there certainly is a sport called Hurling. The Hurley is the stick, and the players are called Hurlers. With its Gaelic origins it’s older than the recorded history of Ireland. It even made the Olympics in 1904. Of course, now I feel like I’ve lived under a rock since I’ve never heard of the game before (even with my Celtic roots) and the internet is filled with examples and explanations of Hurling. It’s kind of like hockey on steroids, I thought. 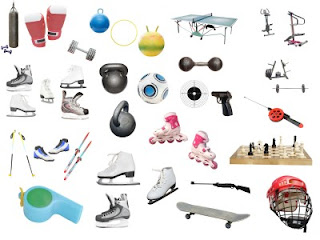 But I was intruiged by this game I'd never heard of and thought how there are probably many other games/sports played around the world that are unknown and/or unusual. Check out this list. Like South African Ringball, or Sepak Takraw - volleyball for the feet!
Have you ever seen or played an unusual game or sport?