Today we have a smooch from  Marriage Under The Mistletoe by Helen Lacey, but first ...

the winner of last week's Sunday Smooch Giveaway is Cecilia83!


Congratulations, Cecilia! Can you please contact Louisa George at

and she'll send you a copy of The War Hero's Locked Away Heart.

And now for today's Sunday Smooch from  Marriage Under The Mistletoe by Helen Lacey ... 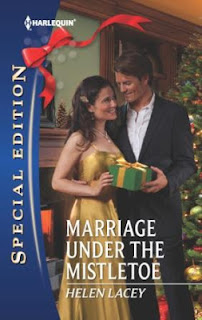 Show More
Show Less
Strong. Sensible. Dependable. That was Evie Dunn's type. Certainly not young, fearless, gorgeous firefighter Scott Jones. She knew the wisest course was to keep her distance, but she couldn't resist the allure of a holiday fling. Now the widowed single mom found herself with an unexpected post-Christmas gift—she was having Scott's baby!

Scott came to Crystal Point to see his sister tie the knot, not fall for the alluring owner of the town's oceanfront B and B. He knew he was all wrong for Evie, but he would do anything to win her heart and build the family he'd always wanted. All he had to do was persuade Evie to take the biggest risk of her life…on love.

(Evie and Scott are returning from visiting family and start discussing the argument they'd had earlier that week. But with the attraction between them at fever pitch, it isn't long before arguments are forgotten.....]

She twisted in her seat when the car came to a halt. “I’m sorry about that. I didn’t mean to come across all bossy and patronizing.”
Scott smiled and killed the engine. “Sure you did.”
She smiled back. “Well, maybe. But I shouldn’t have. I sometimes forget that I don’t have all the answers. You came here for your sister’s wedding, not lectures from someone who wouldn’t have a clue what it must be like to put your life on the line every day.”
“Apology accepted,” he said. “Though I probably deserved it.”
“Perhaps a little,” she said, and smiled. “And about before…what I said about Trevor. I’m not complaining…not really…it’s only that sometimes,” she said, suddenly seeming incredibly young and vulnerable. “I feel like I’m stuck in this role of being a certain kind of person. A certain kind of woman. And as that woman I always do what’s expected, what’s the right thing. I get this sense that being…I don’t know…suffocated almost…as if I’ve suffocated myself by being who I am. I’ve built this orderly, safe life which at times feels like a jail cell.”
Scott’s heart thundered beneath his ribs. “And what, Evie? You want to break out?”
She shrugged a little. “I think about it. I think what it might be like to be…I don’t know…different.”
Heat filled the space between them, flicking into life, energizing the air with its tiny atoms. Even in the dim light Scott could see the brightness of her eyes, the way her lips parted slightly, as though she was about to say something, as though she wanted to…to… He shook the feeling off, knowing he was nuts to keep thinking about her in that way. But he wanted to kiss her so much. He wanted to feel the skin on her shoulders beneath his hands, he wanted to taste the delicate spot behind her ear and then go lower, past her throat and lower still, to breasts he knew, without ever having touched them, ever having had them pressed naked against him, were glorious and round and sensitive and made for his hands and mouth. He wanted to kiss her ribs, her belly, her thighs… He wanted to bury his mind, his body, in the softness of her skin. He was more aroused than he could ever remember being in his life, and she hadn’t even touched him!
“You better make a run for it,” he said, more groan than words.
She obviously heard him, but remained where she was, drawing in breath. “I should, yes.”
Scott inhaled deeply and the scent of her ripped through his blood. If he moved a few inches she would be in his arms. And she wouldn’t resist—he felt that with mind-blowing certainty. “Last chance.”
She turned, easing toward him. Scott raised one hand and touched her cheek. He didn’t imagine the way her lips parted, or the way her tongue rested on her white teeth. The need to kiss her, possess her surged across his skin. And he didn’t have to wait. She came willingly, moving her body across the space dividing them and pressed her mouth to his. Scott responded instantly, taking her lips in a searing kiss that rocked him to the very core. His hands moved to her shoulders and he molded the delicate bones beneath his palms. The kiss went on, drugging, hot, kicking at his libido like a jackhammer. She moaned low in her throat as he cupped the underswell of her breast. Heat radiated through the T-shirt she wore and Scott felt her nipple peak against his thumb.
I haven’t made out in a car since I was a teenager.
And I shouldn’t be doing it with a woman like Evie.
The realization was like a bucket of cold water.
“Evie,” he said hoarsely. “We should stop. This isn’t the place—”
She wrenched free as he spoke. “You’re right,” she said, and pulled herself into a sitting position. She  grabbed the door handle and pushed herself out of the car. He watched her race toward the house, her incredible hips swinging in her jeans. Within seconds she’d opened the front door and disappeared into the house. He stayed where he was, willing his body to play fair and return to normal.
It took a while. And it gave him a chance to think. The struggle to ignore his feelings for Evie was getting more and more difficult.
It’s getting damn well impossible.
He didn’t want them. Or need them. Feelings only blurred his focus. And lack of focus in his line of work could prove deadly. He’d seen evidence of that firsthand. Mike had lost his edge. Scott wasn’t about to make the same mistake. Every instinct he had told him to back off from Evie. He couldn’t do serious, and she deserved better.
I will not get involved.
And I really should have moved to a hotel. 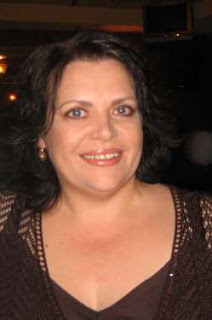 To be in the draw to win a signed copy of Marriage Under The Mistletoe, leave a comment about what you love most about Christmas?


Come back next Sunday, when the winner of today's giveaway will be announced -- and a smooch from Winter Fusion by Anna Hackett will be posted!
Posted by Helen Lacey