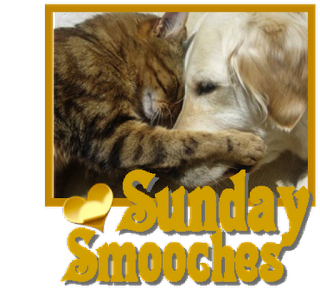 Congratulations, Clare! Can you please contact Nikki Logan at

and she'll send you a copy of A Puppy For Christmas. 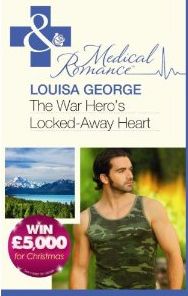 Reaching for the stars with nurse Skye...

Haunted by the ghosts of his fallen comrades, ex-army medic Adam Miller hopes to find salvation in beautiful Atanga Bay. Yet despite his intense attraction to feisty nurse Skye Williams, Adam's determined never to get close to anyone ever again. But with Skye by his side maybe it's time to put the past to rest for good... 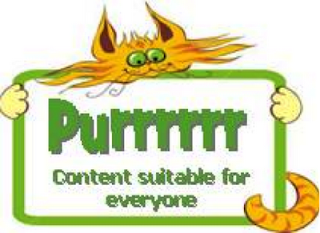 Set up: Practice Nurse Skye is leaving down in a couple of weeks to have an adventure overseas. Paramedic Adam's just arrived to finally settle down, so neither is in the position to start anything. After an emotionally intense day delivering her friend's baby Skye invites Adam in...


‘I’m not surprised. I wouldn’t want you to go either.’
‘Oh? What do you mean?’ Her heart jerked a little, wondering what he meant by such a bold statement. Was it her imagination or had he leant a fraction closer? His fresh male scent reached her senses. So different to the tangy smell of boys, Brian’s cloying cologne, her step-dad’s sweat. Adam had an earthy scent, fresh air, the sea. Sex.
She inhaled and allowed her imagination to wander. Along a dangerous path, with deep crevasses on either side. She didn’t want to think like this, imagine he might be attracted to her. Imagine what it might be like to have him hold her. And more. It hadn’t worked out too well last time she’d been down that route and she’d ended up with nothing but pain.
‘They won’t be able to cope without you. You do way too much for them. How about you write a new chapter for everyone in this house?’
‘I have.’ She let the breath out slowly. Rerouted to a safer course. ‘It’s entitled: I’m leaving.’
‘Yes, you are.’ He pushed the scrapbook behind him, out of sight. His hands reached to her face, stretching work-worn fingers along her hairline and very gently pulling her towards him. When her face was a heartbeat away from his he whispered into her ear, his breath sending shivers along her spine, pooling in her abdomen where a fire raged. ‘So this is going to be a very dumb move.’

Vanilla filled the air around him. Drunk on the smell and fuelled by the whiskey Adam inched closer. ‘But, God knows, I can’t help it.’
Skye’s dark eyes stayed locked with his, an expression of surprise and desire written there. She didn’t pull away. She didn’t move an inch.
He wanted her. The urge to wrap his hands around her curves almost threatened to suffocate him. The thought blew him away. He hadn’t been prepared for this.
A drink, sure. A friendly nightcap between colleagues. But not this. This insatiable need for her, risen out of nowhere. Out of her smile, and her voice and hidden sadness that he could see even though she tried to bury it. Out of the misguided love she showed her brothers and the unquestioning loyalty to her family. The need to be loved and cared for. It should have set alarm bells ringing. But he wanted a piece of her optimistic spirit. Of her.
He scraped his chair forward and slid his knees to either side of her thighs, fitted himself into her space. His heart raged a thunderous beat as he took what he realised he'd been aching for since the moment he’d seen her.
He pressed his lips onto her mouth. Dumb?
And then some. But since when had he ever played safe?
A moment’s hesitation and a quiet ‘Oh,’ then her arms snaked up and round his neck. Her soft body pressed against him. Four years and of all the women he’d been with no-one had come close to igniting so much as a flicker. And then along came Skye.
The moment his lips touched hers doubt and confusion disappeared. Thought and reasoning melted away. Her mouth shaped to his. Her lips were soft and wielding, chaste almost. He traced tiny kisses along her mouth wanting to be gentle, to lead her along a path filled with tenderness.
Slowly. Slowly for both their sakes. Although, the ache in his groin and the acid in his veins warned him of his intense need. A need that had germinated when he first saw her and had swelled ever since.
She slid tentatively forward, straddled his thighs and opened her mouth to him, more confident now as a quiet moan escaped her throat. Her innocent playfulness cemented to something more intense, passionate. ‘Adam. You taste so good.’
‘God.’ His hands molded to her back as he pressed against her, feeling the sensual dips and curves of her spine, the slope of her bottom, the rasp of black lace against his skin.
A tiny uncertain flick of her tongue against his reminded him of how unsure she’d seemed. How much hurt she’d endured at the hands of her father and her ex.
A kiss didn’t promise a lifetime, but to Adam it meant a commitment of sorts. Not wham, bam thank-you, Mam. Not for Skye.
She deserved better. She deserved someone who was capable of sharing her life. Someone different. He couldn’t travel with her and he wouldn’t think about her staying.
He couldn’t do a short fling, however tempting, not with someone who invoked such intense emotions in him.
He pulled back, cupped her cheek. ‘We can’t…I’m sorry.’


Her dusky smile slipped as she stared at the space he’d made then bit the corner of her bottom lip.

Once again hesitation and confusion flashed across her eyes. Her breathing levelled. She slid back and stood up. ‘Sorry for what?’

To be in the draw to win a signed copy of The War Hero's Locked-Away Heart, tell us, have you ever done something completely out of character- and how did it work out for you?

Come back next Sunday, when the winner of today's giveaway will be announced -- and a smooch from Marriage Under The Mistletoe by Helen Lacey will be posted!