Today we have a delicious smooch from AT THE BILLIONAIRE'S BECK AND CALL? by Rachel Bailey, but first ...

natalie (at) natalie-anderson (dot) com and she'll send you a copy of NICE GIRLS FINISH LAST.

And now for today's Sunday Smooch from AT THE BILLIONAIRE'S BECK AND CALL? by Rachel Bailey... 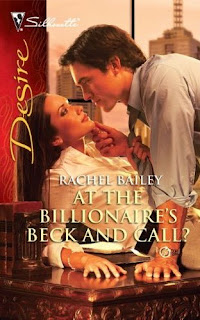 Corporate raider takes contract wife
In a merger tailor-made for the tabloids, tycoon Ryder Bramson sought Macy Ashley's hand in marriage. But his true goal was to buy her father's company—and thereby wrest control of his own conglomerate from his illegitimate brothers. To ensnare Macy in his web of intrigue, Ryder first offered the beautiful businesswoman a job in his start-up. Yet slipping the ring on her finger proved more difficult.
Being a brash billionaire's corporate pawn wasn't independent-minded Macy's style. One the other hand, being the focus of this irresistible man's passion just might win her over to his scheme...

[Set up: Ryder is ready to ask Macy if she’ll agree to a marriage of convenience, so he asked her out for drinks and is now seeing her home. But he’s been having a little trouble keeping his mind on the goal.]

Their first date had gone well, all things considered. Now he just needed to garner an invitation to her apartment and outline his offer and its merits.

Three steps into the silent foyer, Macy turned on the marble floor and faced him. “I only have to go up that elevator. You’ve seen me home.” She moistened her lips and he couldn’t have dragged his gaze away with a gun to his head. Her scent, something exotic, surrounded him.

She was so damn beautiful he had to replay her words in his head to get her meaning. Was it a good thing or bad that the woman he wanted to marry made his body overheat and frazzled his brain?

She shivered almost imperceptibly, but then arched one eyebrow, as if in control. “Why would I do that?”

A slow smile spread across his face. Her veneer of control called to him, compelled him to move closer. He could see her writhing in his bed, in his arms, under him, all thoughts of control long gone.

His voice, when he found it, was rough. “There’s something I want to talk to you about.”

Macy glanced at his mouth then met his eyes. “I don’t think talking’s what you have in mind.”

He reached and found her fingers with his, holding them at his side in the lightest of clasps. “Sure, just because I want to talk doesn’t mean I’m not aching to touch you.” To kiss you. To taste you.

Her pupils dilated to almost cover her hazel irises but she didn’t move.

He leaned over and brushed his lips lightly across hers, meaning it to be no more than a peck, a brief demonstration of his words. He began to pull away but couldn’t help gently touching her mouth again. Those lips had been on his mind for twelve hours straight. Just one more touch...

Her mouth yielded, opened to him, and he needed no second invitation for something he’d been wanting to do since she’d arrived at the bar. As he deepened the kiss, he moved forward, closing the distance but not pressing against her – not yet – the bulk of his coat ensuring a respectable distance. Her tongue lightly touched his, a caress sweeter than he’d even imagined.

Drunk on her exotic scent, he lifted his hands to cup her face, finding her cheeks were like silk under his palms. He felt her hands on his shoulders, lightly, then more assured as they traveled an exquisite path to his neck before her fingers tangled in his hair. He was lost. 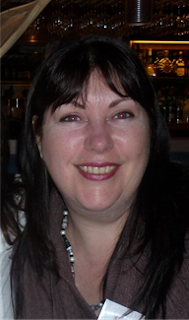 AT THE BILLIONAIRE'S BECK AND CALL? was originally released in Australia in Nov 2010. Ryder’s half-brother, Seth Kentrell had his story in MILLION-DOLLAR AMNESIA SCANDAL in March 2011. And the third brother, JT Hartley’s book RETURN OF THE SECRET HEIR will be released in Oct in the US and Nov in Australia. We’ll bring you a smooch from JT’s book soon!

You can still buy AT THE BILLIONAIRE'S BECK AND CALL? from eHarlequin (paper and eBook), Barnes & Noble for the nook, The Book Depository or at Amazon for kindle.

To win a copy of AT THE BILLIONAIRE'S BECK AND CALL? just leave a comment, and tell us if you’ve ever been to Melbourne, where most of the story takes place. If you win and you already have this book, you can choose another book from Rachel’s backlist.

Come back next Sunday, when the winner of today's giveaway will be announced -- and a smooch from Medical Romance RETURN OF THE MAVERICK by Sue Mackay will be posted!
Posted by Emily May

Email ThisBlogThis!Share to TwitterShare to FacebookShare to Pinterest
Labels: At The Billionaire's Beck And Call, Rachel Bailey, Sunday smooch