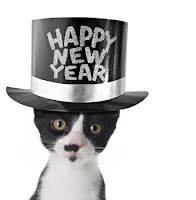 We sing the first verse dubiously every New Year’s Eve and hrmmphh-laaa-laa over the bit about kindness that’s not very clear (in fact my Aussie pop used to sing to the 'old land sign'), but how many of us actually know what Auld Lang Syne is about?

The good news is it seems that the average New Year’s reveller is not alone in the lack of clarity around these lyrics and tune. Historians can barely agree themselves. The origin of the poem and music and then the subsequent annexing, alteration, suppression, and mal-attribution across five centuries is as indecipherable as the original Scots dialogue in which it is written.

Firstly, let’s be literal and focus on what we do know and work our way backwards. Auld Lang Syne translates from the old Scots dialect to Old Long Ago, to friendships past. To old acquaintance. To absent friends.

Late 18th century Scots poet Robert Burns is attributed with ‘collecting’ the old folk lyric into a poem enhancing it and subsequently bringing it international fame. Burns’ greatly modified lyrics were published in a volume of works of old Scots traditional songs in 1796, a few months after his death. Purists defend Burns’ right as an artist to take existing material and improve on it to keep it alive, though a subsequent, unexplained publisher decision to reorder Burns’ stanzas in 1799 has led to cries of bastardisation from those same defenders of artistic right.

Eighty-five years before Burns hauled it out and reworked it for publication, the phrase auld long syne previously surfaced in a 1711 volume, attributed to an anonymous poet, thought to be either Francis Semphill (whose manuscript of poetry contains the only original version of the words although the words are reportedly nothing like his reputed style) or, infinitely more romantically and more officially, credited to Sir Robert Ayton who was a courtier for flamboyant Scottish King James VII. Ayton’s other poems included ‘Inconstancy Upbraided’ and ‘To his forsaken mistress’ which all have rather the same tone as the 16th century ‘Old Long Syne’ which starts…

Ah! I should have known love lost would be at the root of such an enduring and poignant poem. Or love scorned.

Or…a Scot scorned. Interestingly, a century earlier the very first instance of the old acquaintance surfaces in an anonymous 15th century poem called ‘Auld kindnes foryett’ which translates literally as old acquaintance forgot. This version bleeds the misery of the author at finding himself in reduced circumstance and reflecting on the inconstancy of those who had once called themselves friend.

So if we were to track the evolution of this poem it appears to begin with a 16th century lamentation on the inconstancy of old friends, and then a 17th century betrayal of old love and, finally, the absent friends of the 18th century onwards.

So come midnight on December 31st, raise your cup for a drop more kindness and reflect on absent friends, love lost, or friendship betrayed. Whatever be ye poison.

On behalf of the LoveCats, wishing you and those you love a safe and happy New Year.
See you back here in 2011!!

There is a fair bit of conflicting information on the internet on this topic, However, the most compelling and proper of the research is a paper by James Dick as ‘communicated’ by Alex Wood Inglis (F.S.A Scot). I recommend you read the source materials for yourself for the full picture (http://www.electricscotland.com/history/articles/langsyne.htm) and http://en.wikipedia.org/wiki/Auld_Lang_Syne where there are some fabulous comparative lyrics including (thank you Wiki!) a modern english translation.
Posted by Nikki Logan