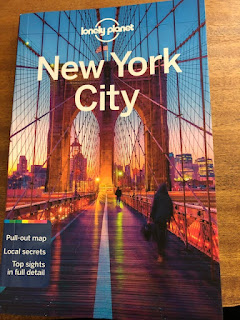 I’m pretty certain this isn’t going to come as a surprise to anyone, but I’m starting to get excited about my trip to New York next month (OMG next month!!!).

I’ve jotted down a few must-see-and-dos:

* I want to visit a rooftop bar and sip something sophisticated while gazing out at the Manhattan skyline
* See the Statue of Liberty
*  Walk in Central Park
*  Catch a Broadway show
*  Walk the High Line
* Spend the day strolling through…well, I don’t really know—Greenwich Village maybe?
* And I have to go to Katz’s Deli of When Harry Met Sally fame (I’ll have what she’s having). Actually, I'm going to have the pastrami on rye. ;-)

But I feel so disorganised. I’m madly writing my next book because I SO want to get the first draft done before I leave, and it’s taking up ALL of my time. I’ve barely started preparing for the trip. Actually that’s not completely true—the flights are booked and the accommodation is booked. But I’m talking about the nitty-gritty planning. I’ve bought a guidebook that I’ve thus far only managed to flick through (see the pic above). I’ve purchased a new toiletry bag because my old one fell apart… 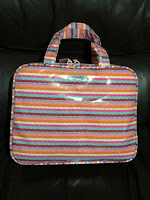 and I’ve bought a most excellent cross body bag that will hold my essentials when I’m out walking the streets of New York. 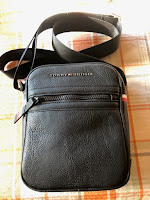 Here are some things I’ve been told:
Do you have any other words of wisdom for me? I mean, is there anything specific I should try and buy in New York because I won’t be able to get it anywhere else?

Plus what on earth do I pack to cover sightseeing AND the Romance Writers of America conference? (I mean, when I pack for the Aussie conference I take more for four nights that I take on a five week jaunt to Europe!) Can I get away with just taking three pairs of shoes—two pairs plus the ones I’m wearing? Or should I cover every eventuality?

I know, I sound crazy right? I’ve promised Mr Douglas that I won’t pack the night before in a frenzy of panic. I will be organised (she says, taking a deep breath). Mostly though, I’m just crazy excited.