Okay, friends. This isn't book related and it isn't romance related but it is an 'entertainment' recommendation I have to pass on.

Chernobyl, on Netflix. I've always been interested in Chernobyl. I watched a documentary on it years ago and ever since the idea of this ghost-city has lingered in my mind, tragic, terrifying, strangely compelling. 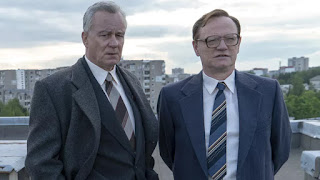 This six part docu-drama (on Netflix) begins on the night of the Chernobyl explosion. We see a flash in the distance, and the relaxed reactions of the townspeople in nearby Pripyat, many of whom gathered on a bridge to watch the 'beautiful' display in the distance. They had no idea how dangerous it was - how could they? We see the madness that ensued directly after the explosion - the entire first episode is a heart-palpitating exercise in tension and angst. Follow episodes track the urgent efforts to contain the fall-out, all set against the political landscape of the Soviet Union (and the KGB).

This is a story of preventable tragedy and while harrowing, this TV series is also compelling and strangely uplifting. In a weird way that I can't quite put into words. I mean, the human loss is unimaginable, the environmental consequences far-reaching, but there's something to be said for the massive human cooperative effort required to contain the damage, and the very noble sacrifice of the scientists involved. 60,000 civilians were conscripted into the clean up efforts - it was monumental. 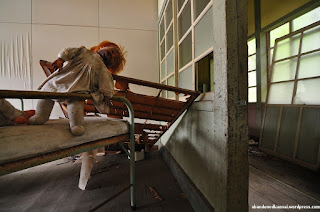 There's a poignancy to watching the series. So much effort was put into masterminding a cover-up of the (preventable) cause of Chernobyl, that to have the truth immortalised in shows and documentaries, packaged in a way for all the world to see, seems to hold a certain poetic justice.

It's six episodes. Watch it - you won't regret it. As an added incentive, my fantasy-father-in-law is one of the stars (Stellan Skarsgård, swoon).

Have you binge-watched anything good lately? What's your top recommendation? And have you watched Chernobyl? What did you think?